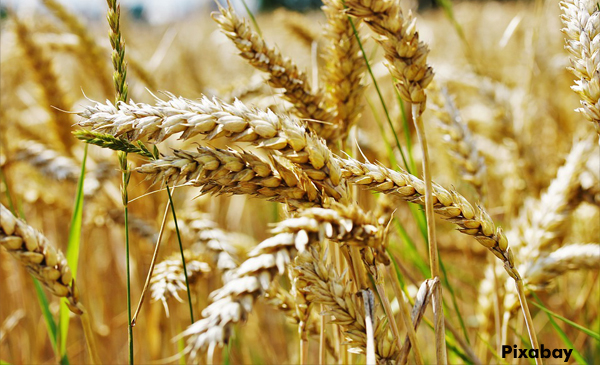 Does wheat flour or 'atta' contain plastic? Several videos on social media showing kitchen experiments undertaken by ordinary Indians would have you think so. However, all stakeholders - from food scientists to consumer goods giant ITC, the company that manufactures 'Aashirvaad Atta'; have categorically rubbished the claim.

Our factcheck shows why they have good reason to do so.

Gluten, a naturally occurring protein in wheat, is what gives wheat flour its elasticity. Videos like the ones below have given gluten a bad rap by misidentifying it as plastic. (See tweets below) The videos allege that because the dough stretches and holds it shape in spite of being run under water, it must contain plastic.

@ITCCorpCom somehow I tried this and it is true. How come your atta becomes like chewing gum ? @TOIIndiaNews #unhealthy #itc pic.twitter.com/laR4nKFVxe

BOOM reached out separately to two food technologists who have debunked the claim that wheat flour contains plastic.

“All these are false and unscientific claims," Uday Annapure, Head of the Department of food engineering and technology at the Institute of Chemical Technology, said. "These are elastic proteins known as gluten present in all varieties of wheat in the range of 10 percent to 18 percent."

His views were echoed by another food technologist Paramdeep Singh Ghuman.

Gluten is a protein naturally occurring in cereal grains such as wheat, barley and rye. It is know for its viscosity and elasticity. Gluten is the reason why a dough is elastic, stretchy, chewy and can hold its shape. This why most gluten-free products are crumbly and disintegrate quickly.

Wheat flour is made up of carbohydrates, protein (gluten) and fiber to some extent. When you mix a liquid (water or milk) with flour, gluten proteins break down and hook on to each other forming a network of gluten strings. Kneading the dough aligns these strings and helps form a strong bond. Wheat flour has about 6 to 12 percent gluten, enough to provide a gluten network that holds carbohydrates together. (Source)

What India's food safety regulator has to say:

The Food Safety and Standards Authority of India in its GET FOOD FACTS RIGHT has answered several questions such as 'what is wheat protein?' and 'is gluten good or bad for health?'

"Gluten may act as a prebiotic, feeding the “good” bacteria in our bodies. However, gluten may cause health problems for persons with gluten-related disorders, such as celiac disease, dermatitis herpetiformis and other forms of nonceliac gluten sensitivity."- FSSAI

To know more about why some people are intolerant to gluten, watch the TED Ed video below.

ITC, the maker of 'Aashirvaad Atta' a well known wheat flour brand in India has been on a war-footing to curb the spread of misinformation surrounding its product. The first video claiming presence of plastic appeared in July 2017 on a local TV channel in Siliguri, West Bengal.

"A malicious video is being shared on Whatsapp and Facebook which wrongly claims that Aashirvaad Atta has plastic. What is being shown as plastic in these mischievous videos is actually wheat protein which is a mandated component of atta by the FSSAI," Hemant Malik, Divisional Chief Executive, Foods Division, ITC Ltd told BOOM in a statement.

"There is a court order issued in ITC's favour which restrains the circulation of such fake videos on social media. We have also filed police complaints in Kolkata, Hyderabad and New Delhi," Malik said.

The company has recently created print and television advertorials to reassure consumers that its product is safe for consumption. 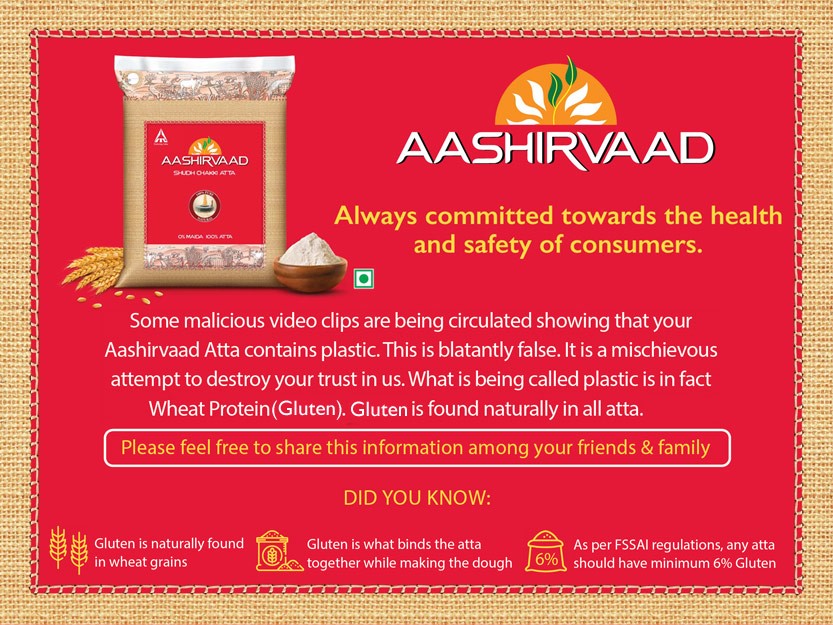 Aashirvaad atta featured food technologist FSSAI ITC plastic atta plastic in wheat flour wheat flour
If you value our work, we have an ask: Our journalists work with TruthSeekers like you to publish fact-checks, explainers, ground reports and media literacy content. Much of this work involves using investigative methods and forensic tools. Our work is resource-intensive, and we rely on our readers to fund our work. Support us so we can continue our work of decluttering the information landscape. BECOME A MEMBER
📧 Subscribe to our newsletter here. 📣You can also follow us on Twitter, Facebook, Instagram, Youtube, Linkedin and Google News 📝Stay updated with all our latest fact check stories.