A photograph claiming to show the 'real face' of Jawaharlal Nehru is photoshopped, ironically. The fake photo accompanied by Hindi text was featured in websites such as indiatimes (2014) and APHerald (2016) in the past.

While indiatimes cropped the text out of the image, AP Herald included it, which begs the question why someone publishing the photo did not stop to question its authenticity. The Hindi text roughly translates as 'So much lust in those eyes that even a dog would be embarrassed. In the fight for independence there's a limit to being a rascal'. 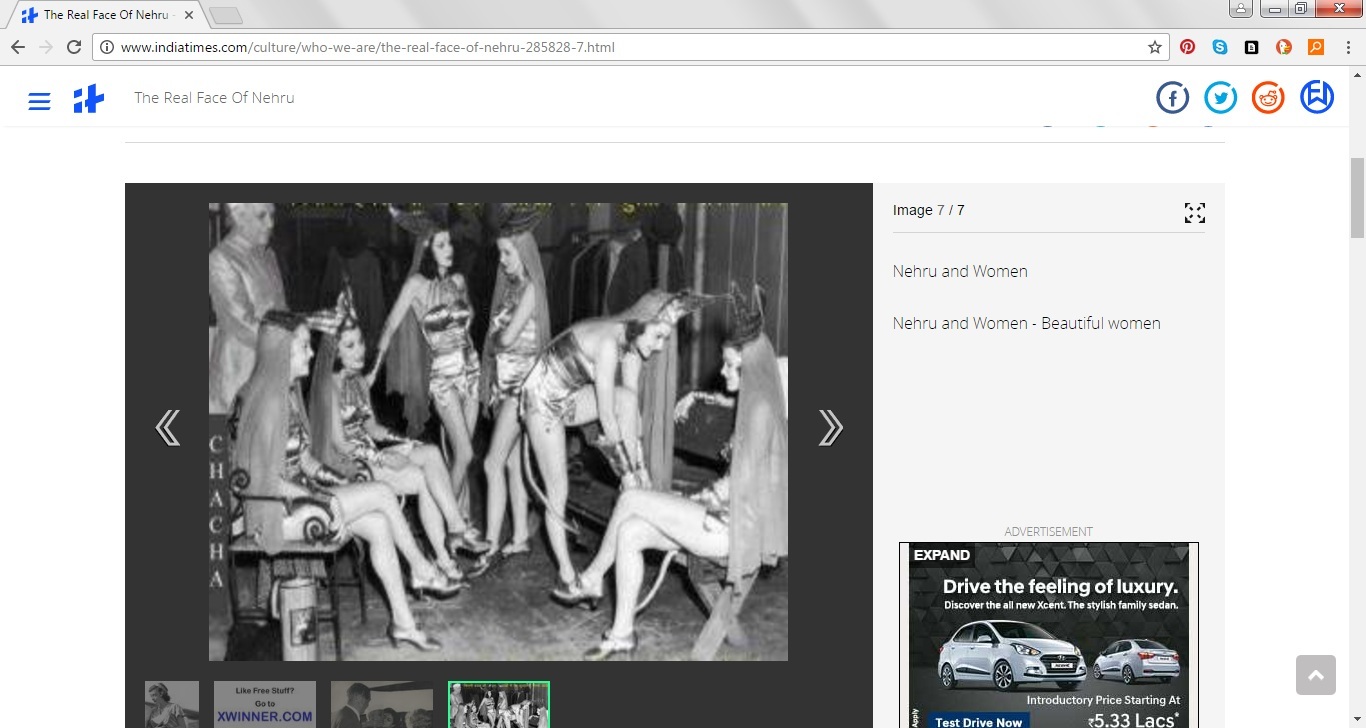 BOOM found a post dating back to 2010 where the photoshopped picture with the addition of Nehru appeared though it is not clear how old the fake is. Moreover, several blogs have debunked the image in the past yet the fake photo refuses to die on social media and WhatsApp. (See here, here and here)

We used the reverse image search feature to trace the original photo and found the exact same image which did not include Nehru. Chorus Girls was a theatrical musical in the United States that drew inspiration from dance forms such as burlesque and ballet. (Read more about it here - Ziegfeld Girl: Image and Icon in Culture and Cinema)

Jawaharlal Nehru has been favourite target for fake news with several invented stories, quotes, incidents and photoshopped pictures claiming to provide an accurate account of his life and role in India's struggle for independence. There are several candid and genuine photos of Nehru with members of the opposite sex but this particular image is fake.

(Updated to remove reference to APHerald as a news site)

ap herald chorus girls dance girls Fake fake images fake photo of nehru Gandhi indiatimes Jawaharlal Nehru Nehru Nehru with girls
If you value our work, we have an ask: Our journalists work with TruthSeekers like you to publish fact-checks, explainers, ground reports and media literacy content. Much of this work involves using investigative methods and forensic tools. Our work is resource-intensive, and we rely on our readers to fund our work. Support us so we can continue our work of decluttering the information landscape. BECOME A MEMBER
📧 Subscribe to our newsletter here. 📣You can also follow us on Twitter, Facebook, Instagram, Youtube, Linkedin and Google News 📝Stay updated with all our latest fact check stories.