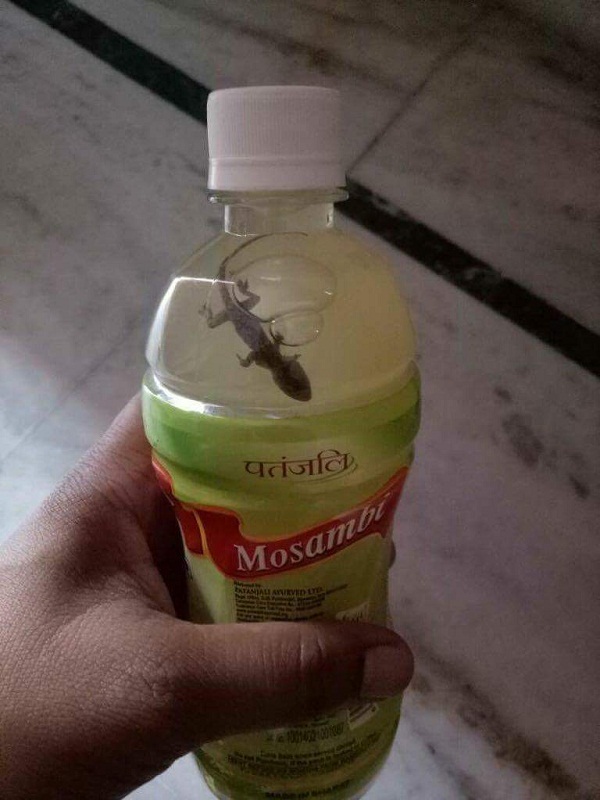 Baba Ramdev's Patanjali Ayurved Limited said the picture of a lizard in one of its juice bottles was fake and that the company had sought legal advice to control 'misleading information' on social media.

In an email response to BOOM's query about the authenticity of the picture, Patanjali listed the reasons it believed the picture was fake and said it was a deliberate attempt to tarnish its brand.

The company rubbished the picture that has been shared on Twitter and Facebook. BOOM did a Reverse Google Image search and found out that the picture was first shared on July 7th. 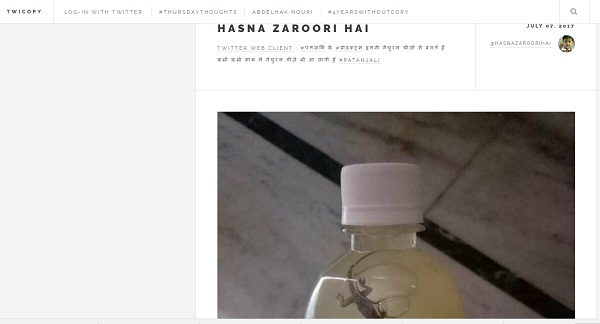 Patanjali said its entire juice process line from bottle manufacturing to capping was automated and that there was no human intervention throughout the process.

"While bottle blowing (from pre form) operation the temperature goes above 120 Deg C with Air pressure reaches up to 38 Bar which eliminate the possibilities of animal to be remain in intact position as shown in the picture," the company said.

The company also explained that the pH range (a measure of acidity or alkalinity) in its Mosambi or sweet lime juice was 3.0 a range that would not have preserved the reptile in a state depicted in the picture, for more than 70 days.

Below is Patanjali's email response to BOOM.

Thanks for sharing photograph related to our product. We wish to inform you that due to following reason we are pretty sure that this picture is not authenticate.

We are also taking legal expert opinion to control this misleading information in social media.

This is deliberately done by someone to damage our Brand / Product image in the market. Trust this information would be sufficient to clear the doubt. Still any clarification required, please feel free to write us."

Instances of insects or reptiles being discovered in food packaging is not new. In February a woman filed a police complaint after she discovered a lizard in her food at a McDonald’s outlet in Kolkata. (Link)

Founded in 2006, Patanjali is a household name in India largely due the popularity of its founder, spiritual and yoga guru Ramdev.

The company, which posted a turnover of over 10,500 crores in the last fiscal year according to this new report, has interests spanning food retail to apparel.

It has given large muli-national FMCG players serious competition with its homegrown herbal remedies.