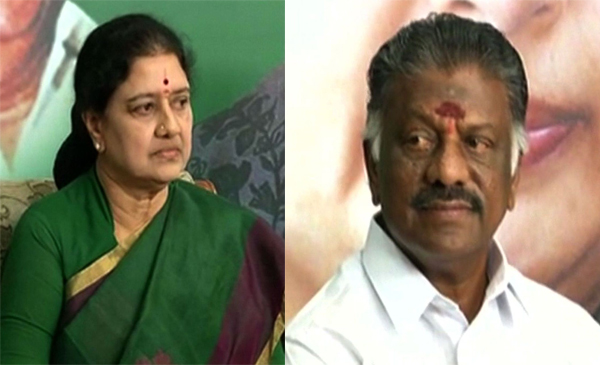 Any journalist who has covered Tamil Nadu politics knows for certain that an open revolt is a rarity in this part of the world. So when it comes from an incumbent Chief Minister against his own party, it leaves you shell shocked, confused and intrigued.

On Tuesday night O Panneerselvam was not just making an attempt to emerge out of the shadows of the two ‘Ammas’ but he was also trying to lay a new political road map the direction of which was being decided somewhere else.

For OPS, as he is now famously called over the social and traditional media, is no naive politician. With no assured blessing from an entity much more powerful than those he was taking on, OPS would not have dared such an escapade.

Four decades of well crafted political career, with a majority of it spent by the side of an astute Jayalalithaa, as her man Friday, would surely have given OPS the political acumen to gauge the price that he would have to pay for this mutiny. He was not just taking on the AIADMK leadership, but more importantly the now omnipotent V K Sasikala.

But still OPS did what he had to. Forty minutes of high drama at his beloved Amma’s burial ground which is now her memorial was followed by a performance that delighted the gurus of prime time news television across India.

OPS said he was ‘coerced to resign’ as the Chief Minister by his own colleagues in the cabinet at the behest of Sasikala and that he was insulted and humiliated.

Certainly OPS had managed to malign an already dubious image of Sasikala that night. More, he also halted her victory march to grab power as the Chief Minister of the state, something she could not have even dared to come near, three months ago when Jayalalithaa was still alive.

OPS went on to add that he was the first choice of Jayalalithaa and that it was Amma’s wish that only someone who is acceptable to the people should become the Chief Minister.

Yes, OPS was right, so far as being the first choice of Jayalalitha and since the lady had not openly declared her successor, he can still claim that Chinnama, as Sasikala is known to her followers, does not have a stake in things.

But the question that still needs to be answered is why did he wait till the eleventh hour to come out with these revelations?

If he indeed had an objection to Chinnama becoming the next Chief Minister why did he himself propose her name first as the party’s General Secretary?

Was he not aware that Chinnama was waiting in the wings to take control of the reins of the government from the moment Amma had passed away?

On Tuesday night and well into the morning of Wednesday OPS may have emerged as the unlikely Tamil hero for majority of the media and a large section of the population in Tamil Nadu.

But by Wednesday evening it was clearly evident that OPS just did not have the numbers to even challenge Sasikala in the state assembly, forget usurping her role in the party or the government.

More than just a revolt

Certainly what had happened in Chennai in the last four days was more than just the outburst of a disciplined party soldier who had been harassed and was waiting to speak the truth.

Rather, the events that unfolded after OPS’s revolt clearly points at a well strategized political game that has all the foot prints of a Centre-State power struggle, the likes of which the country has seen many a times.

If not how does one explain the convenient 48 hour window provided to OPS by the Governor by keeping away from the state. By doing so he has also ensured that Sasikala does not stake claim to form the government or swear herself in despite having an overwhelming support of the AIADMK MLAs throughout those 48 hours.

Constitutional experts are also saying that the Governor has no discretionary powers to keep out a Chief Minister designate elected by the legislators from being sworn in, unless he or she fails to continue enjoying the support of the same MLAs.

OPS’s claims of ‘coerced resignation’ also do not matter as already the elected representatives of the AIADMK had chosen another leader of which he was also a party to and the resignation once given to the governor cannot be taken back unless the same MLAs decide otherwise and project him as their leader again.

So the task before OPS is to get the numbers back rather than claims of a ‘coerced resignation’ which has no constitutional validity. Was the Governor unaware of this or was he just acting ignorant ?

Even if one were to point out that a verdict against Sasikala was pending before the Supreme Court in the Disproportionate Assets Case, legal experts say that the merit of the verdict has nothing to do with the Governor swearing in Sasikala and the Governor has no such liability to even wait for such a verdict.

That Sasikala will have to step down later if the Apex Court turns down her acquittal is another issue altogether.

Also it needs to be pointed out that the appeal against Sasikala is for an acquittal and not a conviction which mean she was not an accused when she was elected the Chief Minister designate. Also legal experts are divided on whether the case will stand in the court as the prime accused is no more. Hence the proprietary argument also falls flat.

OPS might have had his own reasons for falling out with Sasikala and his ordering a judicial inquiry into the circumstances leading to Jayalalithaa’s death may also be interpreted as an Amma loyalist’s last ditch attempt to carry forward her legacy which he claims would be finished under Sasikala’s leadership.

Perhaps there is no reason also to doubt OPS’s words. After all he has all the while come along as a neat and honest politician. Nor is his competence in doubt.

But what is more significant is the role played by the Central Government and the highly controversial stand taken by the state’s highest executive seat, the Governor.

The allegations of a central government’s intervention first took credible shape when the national media reported that the Home Minister Rajnath Singh had met the Tamil Nadu Governor on Monday and had directed him to delay proceedings and hence give time to OPS, an allegation the former had however rubbished.

Many say that it would not have come as a surprise considering the proximity OPS enjoys with the BJP leadership all the way up, which is testimony to his ability to getting the Jallikattu ordinance cleared by the Central Government in record time.

Also the fact that AIADMK leader D Maytreyan who is the party’s biggest face in Delhi was the first person to defect to OPS camp also indicates the deep rooted political allegiance OPS enjoys with the central government.

Not just that, hours before OPS had made his speech at the Marina Beach memorial, some media persons in Delhi were perhaps tipped off by sources close to the central government that something big was brewing in the southern state. Otherwise how does one explain such tweets from prominent media persons at least an hour before OPS spoke?

While Sasikala and the official AIADMK version put the blame on the DMK for engineering a split in the former, something which happens every time anything goes wrong inside the AIADMK, the Congress called this as yet another attempt by the Central Government to destabilize an elected government quoting examples of Assam, Arunachal and Uttarakhand.

But unlike earlier times the Congress seems to have a point here. After all it was the talk of the town in Chennai political circles that Sasikala’s husband Natrajan had been making overtures to the Congress party, even when Jaya was on her death bed, for a possible alliance and the BJP was very well aware of the threat.

While it is no secret that the Prime Minister had always enjoyed a close friendship with Jayalalithaa, surely OPS was perhaps looking to carry it forward. For the BJP having OPS at the helm of AIADMK and Tamil Nadu is also crucial with the President’s election coming up before July this year. The AIADMK has 13 members in Rajya Sabha and 37 in the Lok Sabha.

For the time being VK Sasikala, aka Chinnamma seems to be calling the shots and the governor as and when he arrives will have no option but to call Sasikala first for a floor test at the assembly.

Already news of horse trading and keeping MLAs locked in secure locations are doing the rounds in the state. The political heat in Chennai is only set to get hotter in days to come.