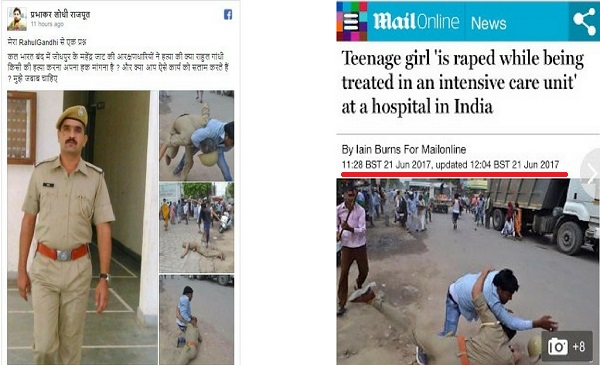 Several old photographs on social media are being projected as those of a police officer who died during the recent Bharat Bandh clashes this week.

Of the four images shared on Twitter and Facebook, one is of a policeman standing, while the other two images show a man dressed in a striped blue shirt and jeans gripping a policeman's neck in a chokehold. The fourth image shows a man about to stomp over and kick a policeman lying on the street.

The photos are being shared with text in Hindi that roughly translates as, "I have a question for @RahulGandhi.

Yesterday, during the Bharat Bandh protests, Mahendra Jaat was murdered by those supporting reservations. Is it okay, Rahul Gandhi to kill someone to ask for your right? Do you salute/ support such work? I want answers." 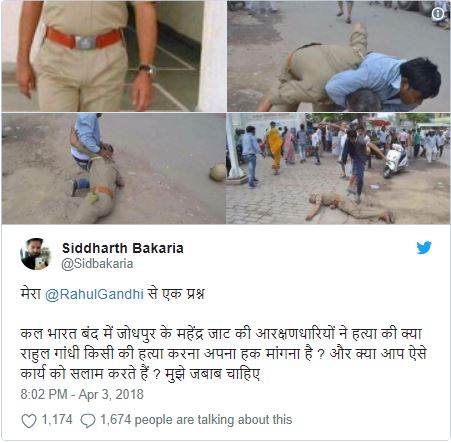 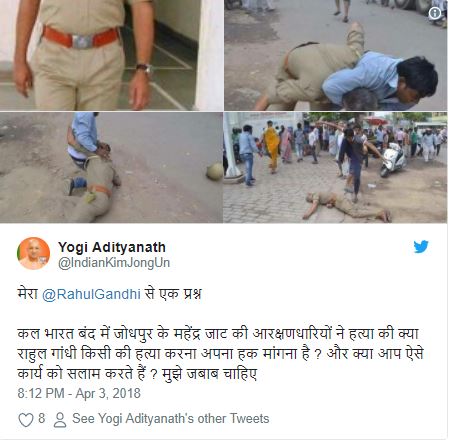 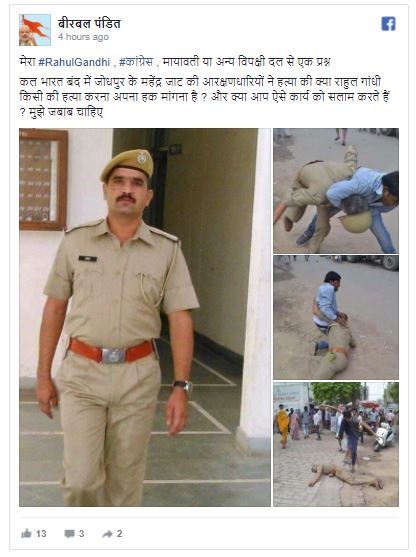 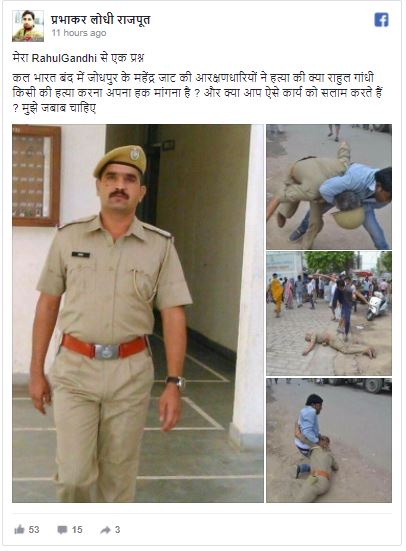 Fact-checker SM Hoax Slayer debunked the three images and said they were from a separate incident in 2017.

Three Photos of beating Cop is wrong. It's from June 2017, where mob was demonstrating against a rape of 16 year old.

The three photographs were traced back to a news report from June 2017 by UK's Daily Mail. The incident took place when protesters rioted outside Jagriti Hospital in Kanpur, Uttar Pradesh after a teenage girl was allegedly drugged and raped by a ward boy in the hospital's Intensive Care Unit. An angry mob attacked police officers who tried to bring protests under control. (Click here to read Daily Mail's story) 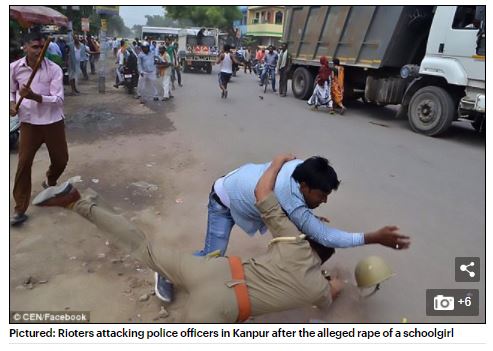 The photograph of a policeman standing is that of sub-inspector Mahendra Choudhary from Jodhpur who collapsed on duty on Monday.

BOOM got in touch with Amandeep Singh Kapoor, DCP (East), Jodhpur who refuted details that Choudhary died as a result of a clash with a protester. "The statement that Mahendra had a heart attack after the tiff is pure hearsay and a rumour but the fact that he died on duty is true," he told BOOM. Kapoor also said that Choudhary died a day later in hospital.

At least 10 people have lost their lives in protests that rocked Rajasthan, Uttar Pradesh and Madhya Pradesh on Monday as many took to the streets to protest against the alleged “dilution” of SC-ST Act by India's Supreme Court