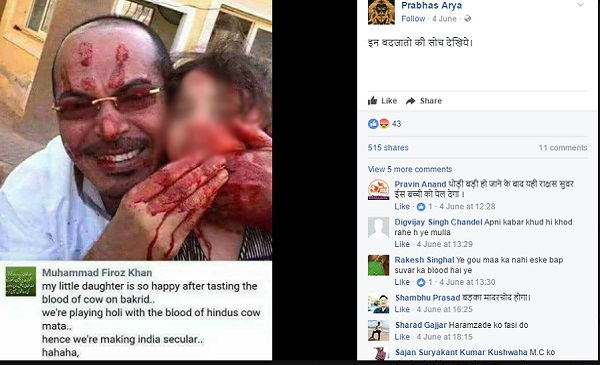 A grotesque image of a man and a little girl smiling as their faces are smeared in blood is going viral on Facebook in India. The picture is accompanied with provocative text that claims the man played 'Holi' with the blood of a cow on 'Bakrid' and is making India "secular".

The image with posted by a Facebook user Prabhas Arya has been shared over 500 times. Many others have commented expressing shock at the insensitive language and image posted by ‘Muhammad Firoz Khan’. A random check of the old posts by Prabhas Arya (Click Here) shows there is a clear pattern of anti-Muslim messages, videos, pictures and articles.

When we searched for Muhammad Firoz Khan on Facebook, we found several pages but were not able to locate any user connected to the image.

The existence of this post was brought to BOOM’s notice by one of our readers who felt that the image may have been doctored. We reverse searched the image on Google and found that the man in the image is not an Indian but a school teacher based out of Egypt. 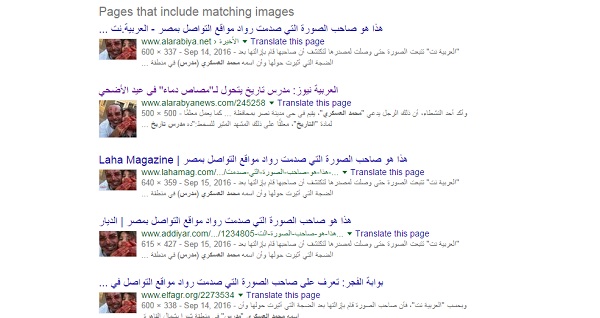 A page dedicated to Mohamed El Askary is also available on Facebook where he has been described as a teacher/lecturer. 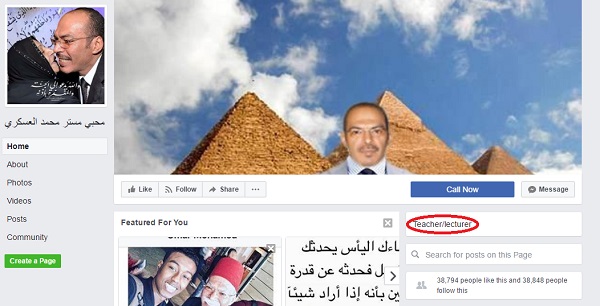 BOOM looked for more news articles from Egypt and using Google Translate, the following details emerged. Mohamed El Askary, a resident of Cairo had published this image with his daughter (as per some news articles) in September 2016, following the slaughter of the Eid lamb. His post attracted widespread anger and condemnation, prompting him to delete the picture, according to news reports. Askary, a history teacher and also principal of a local school in Cairo was called a 'Vampire' for posting this objectionable and insensitive image with a minor.

Al Arabiya quotes one of Askary’s students who defended his action and said that the teacher is known to publish strange pictures of the feast.

We also found this article by an Egyptian blogger Dina Hashish, where the author argues why young children should not witness animal sacrifices. Askary’s image with his daughter found mention in the article as the author forcefully makes her point against the practice.

BOOM has not been able to confirm whether Prabhas Arya tampered with the original image but it is clear that the image was doctored to add the provocative text. Askary’s name was changed to Muhammad Firoz Khan to give it an Indian connection, a deliberate act given the current heated debate about cow slaughter ban and the several incidents of violence against Muslims.