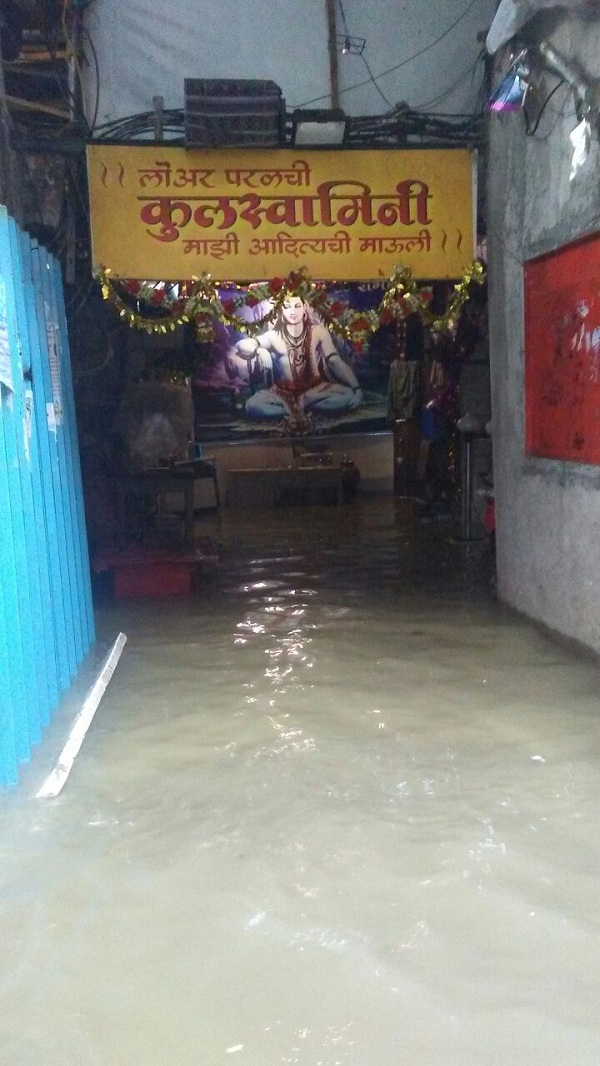 A flooded temple at Lower Parel in central Mumbai.

Following incessant rainfall bringing Mumbai to a standstill, the Maharashtra government has issued orders for all offices to allow employees to leave in wake of heavy rains and IMD warning.

According to the SkymetWeather, Mumbai & suburban areas received more than 298 mm rain in Mumbai between 8:30 am to 5:30 pm today.

However, the monsoon misery for Mumbaikars is far from over with the India Meteorological Department forecasting heavy rainfall for the city over the next 24 hours.

An all India Weather Warning Bulletin put out by the Indian Meteorological Department (IMD) said "Heavy to very heavy rain at a few places with extremely heavy falls at isolated places very likely over Gujarat and Konkan & Goa; Heavy to very heavy with extremely heavy falls at isolated places over southwest Madhya Pradesh and Madhya Maharashtra". Similar forecast has been given for August 30 by the IMD.

Operations at Mumbai airport has been suspended for some time due to low visibility while the Bandra-Worli sealink has also been shut down due to flooded roads at the Worli end of the sealink.

The Mumbai Police is also putting out regular updates on Twitter and has alerted citizens to stay off waterfronts.

If D water on D roads is heading up to the level of your tyres, please abandon the car. Being on your 2 feet may be uncomfortable but safer

Low-lying areas in the city were waterlogged leaving people to wade through ankle to knee deep level water. Commuters on their way to work waited helplessly at railway stations as local train were running behind schedule. 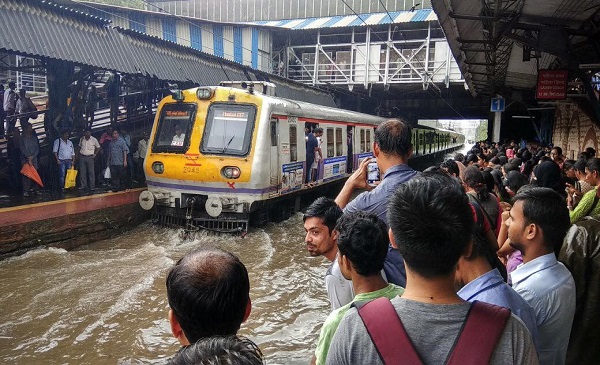 Industrialist Anand Mahindra took to Twitter to inform that he was forced to cancel his flight to Delhi due to typhoon-like weather.

Typhoon-like weather.Cancelling my flight to Delhi for an Indo Australian meeting.Telling my Aussie friends I'm 'Down Under' water in Mumbai pic.twitter.com/1LBZJBr1Um

The outpouring of social media posts led some news outlets to use the term 'typhoon-like' weather though neither the IMD nor Skymet nor the BMC has used the term Typhoon.

To understand the difference between cyclone, hurricane and typhoon, click here.

Several others tweeted pics of fallen tree branches on parked taxis in the city. According to news agency ANI, BMC has reported 3 incidents of wall collapse, 16 incidents of short circuit and 23 incidents of trees falling in past 24 hours

Mumbai set to become Houston by tonight if it rains like this pic.twitter.com/LXxaXiABNK

Traffic snarls were reported in may parts while many people preferred not to venture out and worked from home.

#Traffic moving slow at multiple places across the city due to heavy downpour & water https://t.co/B9OYwCWL9p with care Mumbai #MumbaiRains

Wires news agency ANI reported that three teams of the National Disaster Response Force in Mumbai were put on alert and two additional teams have been moved from Pune.

Private weather forecaster SkymetWeather said central areas of the city like Dadar and Mahalaxmi had received over 100 mm of rain between 8:30 am to 11:30 am.

Ten coaches of the Nagpur-Mumbai Duronto Express derailed in Maharashtra's Thane district on Tuesday due to a landslide though no casualties were reported yet, Business Standard reported.