An old video where protesters staged a mock funeral procession against Prime Minister Narendra Modi has been revived and is being falsely shared as a rally in Pakistan after the Congress party's victory in three states.

The video is doing the rounds with text in Telugu that loosely translates to, 'Modi's funeral in Pakistani because Congress has won in three states. But why is it that it is still not clear to Hindus how important Modi is to India.' 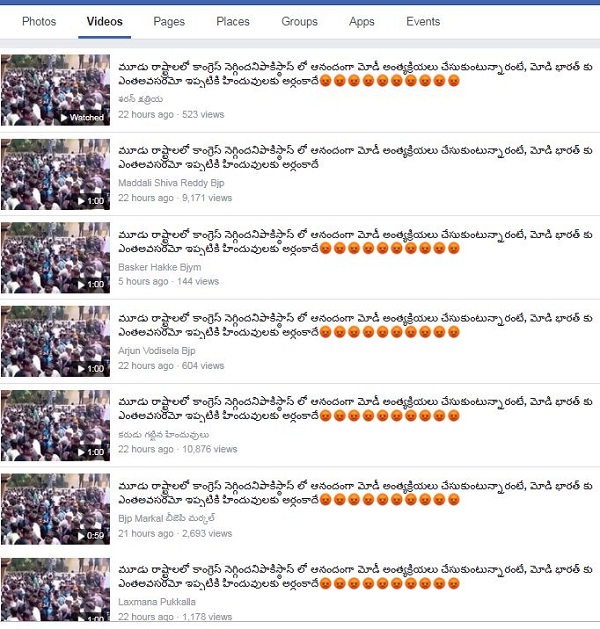 Screenshot of the video being shared on Facebook with a Telugu caption.

The video is also being shared as, 'Why Pakistanis are celebrating Congress victory in 3 states...By taking modi's funeral..' 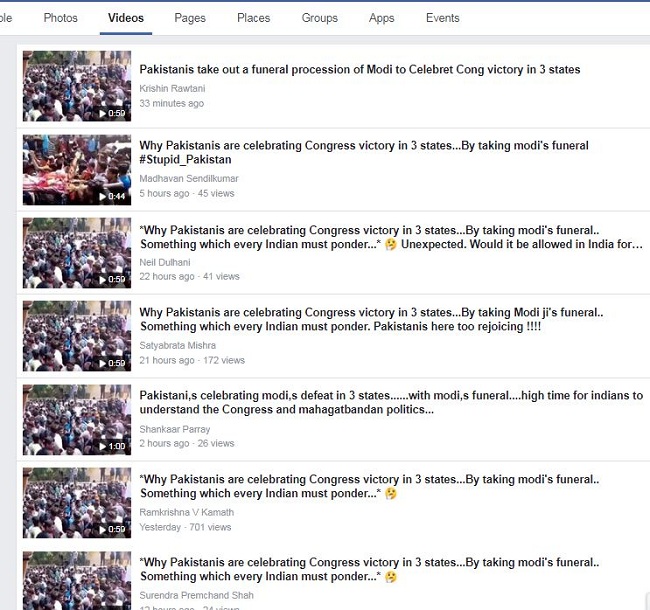 Watch the video below

However, if you watch the video carefully no one appears to be sloganeering.

BOOM did a text search for 'modi mock funeral' and found that the video dates back to 2017 at least. 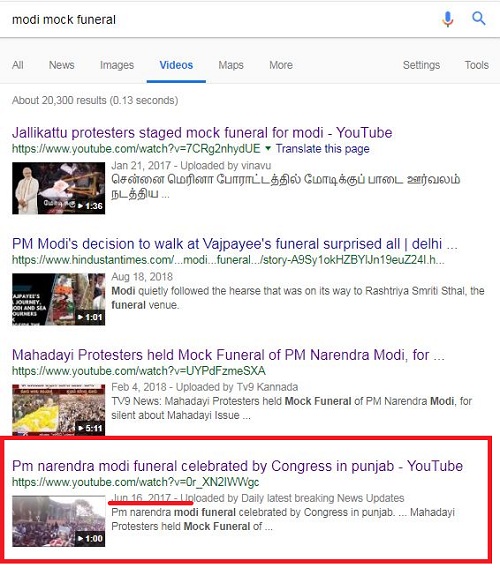 A YouTube video posted on January 25, 2017 shows that the audio of the Facebook video is different and does not contain the Hindi slogans heard in the other video. This is also the oldest video we could find online so far.

We also took a screenshot of the video and ran a reverse image search. A similar image appears on the website Digital Yuva and says the protest was in Tamil Nadu related to Jallikattu, an annual bull taming festival in the state. (Read more about the protests here) 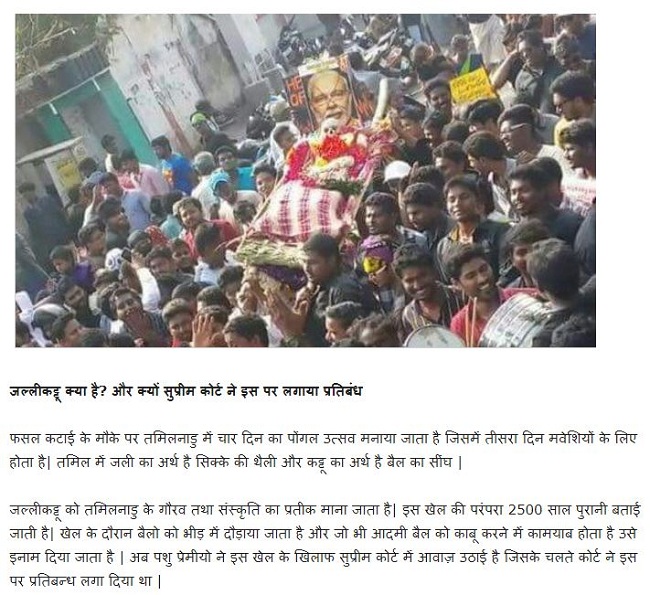 Furthermore the same video has also been shared in 2017 and 2018 as small businessmen in Haryana protesting against the Goods Service Tax in the state.

WHERE IS THE VIDEO FROM?

The video appears to be from Tamil Nadu and related to Jallikattu protests. Earliest instances of the video online begin during January 2017 which coincides with wide scale protests in Tamil Nadu around the same time.

The photograph of the prime minister used on the effigy is the same that was widely used by pro Jallikattu protesters. 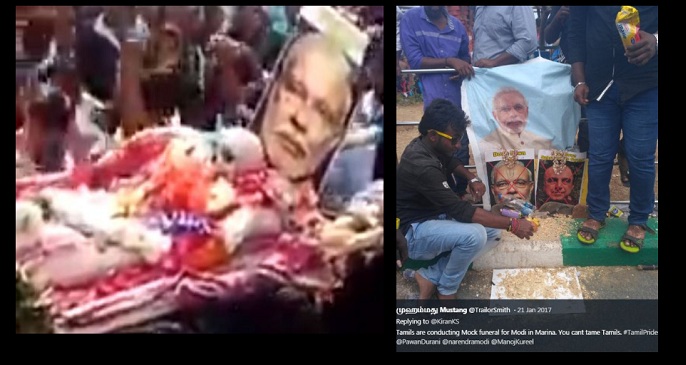 In addition, two onlookers in the video can be seen wearing a black lungi, traditionally worn by followers of Periyar and Ayyappa devotees. 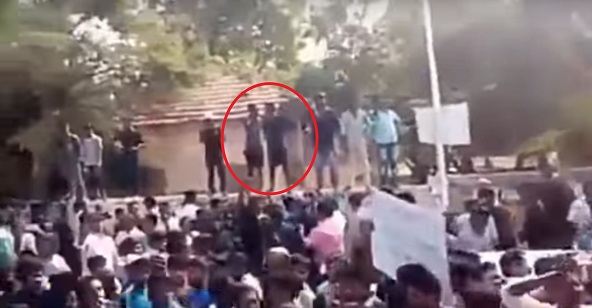 Between 49 and 50 seconds into the video, a white poster with a red bull can be faintly seen.

Finally at 33 seconds, you can hear someone say in Tamil 'Ayyo Poittaaare' or 'alas, he is dead'.

BOOM was not able to find any credible news reports on the video however, we can say with reasonable certainty the video was not shot in Pakistan and it is not recent.

Claim :   Video Of PM Narendra Modi’s Mock Funeral Held In Pakistani Because Congress Won In Three States In The 2018 Assembly Elections
Claimed By :  Social Media
Fact Check :  FALSE
fake news featured Haryana ML Khattar mock funeral modi mock funeral Narendra Modi Protests
If you value our work, we have an ask: Our journalists work with TruthSeekers like you to publish fact-checks, explainers, ground reports and media literacy content. Much of this work involves using investigative methods and forensic tools. Our work is resource-intensive, and we rely on our readers to fund our work. Support us so we can continue our work of decluttering the information landscape. BECOME A MEMBER
📧 Subscribe to our newsletter here. 📣You can also follow us on Twitter, Facebook, Instagram, Youtube, Linkedin and Google News 📝Stay updated with all our latest fact check stories.