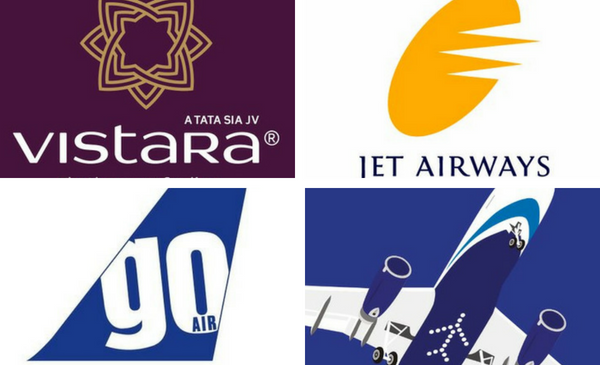 Monsoon do bring good news and offers. On Tuesday heavy rains had brought several parts of Mumbai to a standstill. Water logging and the collapse of Gokhale bridge in Andheri had led to traffic congestion and the blockade of Western Railway Line in Mumbai.

Part of Gokhale Bridge, connecting Andheri East to West has collapsed affecting the overhead wires too.Trains on the western line are affected.BMC,Fire Brigade as well as RPF Staff & Officers are deputed on spot for support.Traffic above & below the bridge is stopped for now pic.twitter.com/LMcKmwyDCh

The roads leading to the Airport were also congested and the Mumbai Police tweeted an advisory to commuters asking them to plan their journeys well in advance.

Commuters might face traffic congestion on roads leading to the Airport. Plan your journey accordingly so that you are in time to catch your flight #MumbaiRains

But unlike in the past, what stood out were the responses from various airlines. The country's private airlines were competing hard on social media to win the favour of customers. One after the other, airlines tweeted that customers who missed their flight would be able to reschedule their flights without any additional fare.

However, some Twitter users saw it as a 'copy cat' response while some replied with their preference of one airline over the other and others pledged their love for a particular airline.

No wonder VISTARA is far ahead of other carriers .

Never had an opportunity to fly with vistara before but looking forward to fly in future. :)

Others also saw it as an excellent opportunity to express their past grievances with a particular airline.

Dear @jetairways , This is called as #CustomerFriendlyService. You denied boarding pass for my 7 months #pregnant wife and me for being late by few mins. You made us fly with multi flight and pay Rs. 23K extra. #ShiftingLoyaltyToVistara.

But who did it first? BOOM looked at the time when the social media handles of the aviation companies tweeted this update.

Vistara was the first to announce the waiver and also received positive feedback from customers.

#TravelUpdate Due to flyover collapse (Andheri Gokhale bridge) there is heavy traffic congestion on the road to Mumbai Airport impacting customers. We will accommodate customers who miss their flight, on seat availability basis in the next flight with no additional fee or fare.

#9Wupdate: Due to heavy rains in #Mumbai, we’ve issued a waiver on penalties for date/flight change, refund, no-show (including fare difference if any), on all confirmed tickets for flights operating to and from Mumbai for 3rd July, 2018.

#6ETravelAdvisory: IndiGo announces free re-accommodation to all passengers who have missed reporting on time due to the congestion arising out of the collapsing of #AndheriGokhaleBridge (Mumbai). The seats will be provided based on availability on the next flight.

#GoAlert: Due to inclement weather conditions in Mumbai, we will re-accommodate passengers who miss their flight on alternate flights at no additional fare subject to seat availability.

Customers seemed to have been extremely pleased by this offer. But, the first to tweet was their favourite.