Development Plan 2034 that has been trashed had designated Mumbai's gaothans and koliwadas as slums. Before the new plan is made, hear from the residents about their unique way of life and their expectations.

Tucked away alongside Mumbai's coast and skirting far flung suburbs are 36 koliwadas and 128 gaothans. They are hidden by high rises, sprawling malls and the general hubbub of the city. You can find them only if you are looking for them or by happy accident. Yet these localities, with their unique way of life and heritage architecture, are a living link to the city's past. But with occupations and lifestyles changing and a new Mumbai encroaching relentlessly, they are on shaky ground.

Gaothans are urban villages that have housed Mumbai's original inhabitants, mainly farmers with livestock, for centuries. This history can be traced back to as far back as the 6th century. Koliwadas, on the other hand, are settlements on the sea shore of fishing communities who still make a living from the sea.

How can the government never come to our village and try to label us as slums and clusters? If we are wiped out from here in this way, then who is going to catch fish for the rest of the country?

So it came as a nasty shock to these communities when the Brihanmumbai Municipal Corporation released the Development Plan (DP) for the city for the next twenty years. In that plan, these heritage spaces were designated as slums and clusters. Already under threat from the relentless pressure of property builders and developers, the people allege this was a plot to destroy these original settlements under the garb of planned development. Already the number of gaothans is down from 189 to 128 and is witnessing the trend of families, especially youngsters, moving away.

Maharashtra Chief Minister Devendra Fadnavis’ decision to scrap DP 2034 has come as a welcome move but the people here refuse to breathe that collective sigh of relief till the fresh development plan is prepared. In the next four months, as government officials take on board all the feedback they have received from citizens of the city and create a more relevant and sensitive DP, we visit a few koliwadas and gaothans to hear from the people who live here. In Bhatti Koliwada in Madh Island, where there are 200 families, Ganesh Namdeo Koli says, “How can the government never come to our village and try to label us as slums and clusters? If we are wiped out from here in this way, then who is going to catch fish for the rest of the country? We want the government to really take proper note of our population, history, culture and try to preserve what we have here.” Maggie D’Mello belongs to the oldest family in Marol village and has seen the bungalows shrink from 80 to 20.

In Marol Village, Andheri East, a matrix of wooden cottages with lofts and attics of beautiful old bungalows with their distinct woodwork and circular staircases, speak eloquently of another era when time was not in a hurry. The village came into existence after inhabitants started settling down around rice fields some 100 years ago. Maggie D’Mello belongs to the oldest family in the village and has seen the bungalows shrink from 80 to 20. She says, “Our house is the oldest in this village and once upon a time when I was a little girl, every Sunday or during festivals, people from far and near used to flock to our village and visit our house and contribute in the fun and merry-making. It’s sad to see our village shrink every day and we do not even know who are new neighbours are now. But, irrespective of the development plan or no plan, we wouldn’t give away our remaining lands for no reason anymore.”

It’s sad to see our village shrink every day and we do not even know who are new neighbours are now. But, irrespective of the development plan or no plan, we wouldn’t give away our remaining lands for no reason anymore.

Manori is part of the Dharavi Bhet belt that also includes Gorai & Uttan. It is dominated by the fishing community - the Kolis. Divided into three sections- Koliwada, Bhandarwada and Panchghar, it's the Koliwada that's the most densely populated and congested. The two-hour drive to Manori from the city via Bhyanadar is quite a thrill as the route is dotted with salt pans and surprisingly quite a lot of greenery complete with birds and squirrels. You will also find Mumbai's oldest church - Our Lady of Perpetual Succour - that was built in 1559 here. Our Lady of Perpetual Succour Church in Manori is Mumbai's oldest church, dating back to 1559. 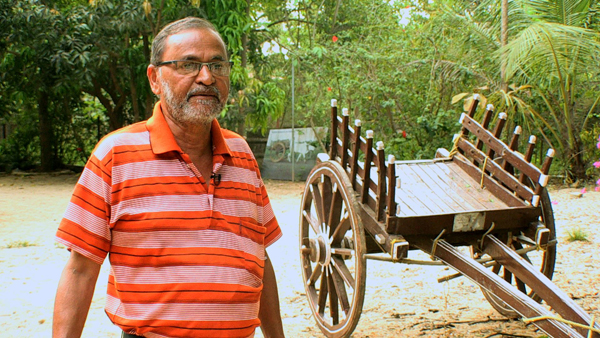 The Mobai Bhavan in Manori is a museum that that has been curated by several East Indians from across Mumbai. Alphi D'Souza, the Sarpanch of Mobai Gaothan Panchayat or the Bombay Gaothan Panchayat, takes us on a guided tour of the museum. Proud of the museum that preserves the East Indian tradtions and way of life he says, "We have been living here since the 18th century and have a rich heritage but, we have been paying a heavy price in the name of development for the longest period of time. There is no problem in development and urbanisation but that shouldn't happen at the cost of our lives and livelihood." The village after Manori is Gorai, the second village in the Dharavi Bhet, on the North-western part of the island of Salsette. The 150-year-old Holy Magi Church of Gorai is the major landmark in the village. We met Rikshila Manaji, a 40-year-old Koli woman, drying the famous bombil or bombay duck by the sea. She belongs to the oldest family in Gorai that claims to go back 400 years. Though she was friendly she was suspicious of our motives and even asked "Why do you all come here? Have you come on behalf of the Essel World who have destroyed us?"

Rikshila Manaji belongs to the oldest family in Gorai that claims to go back 400 years.

Once she was assured that all we wanted to hear was her story, she talked about the village and told us how despite paying taxes they are deprived of basic amenities here. "We are the original inhabitants of Gorai and we have been long deprived of our rights. The government should sometime come visit us here and see how we live here," she said. 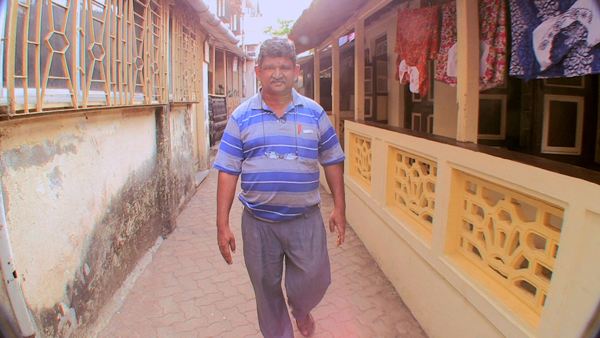 Douglas Lobo, Sarpanch of the Vakola gaothan, wants the government to preserve these communities.

Just a few kilometres away from Santacruz station is an old, used well that points to the narrow, dingy lanes of Vakola gaothan. There are a few old signboards but they are hidden by the bigger, newer ones. Douglas Lobo, Sarpanch of the village showed us around the place with about 15 cottages in different stages of repair hemmed in by the spanking new high rises. He says, “We are the original Mumbaikars and want the government to assure the preservation of our communities at the earliest.”