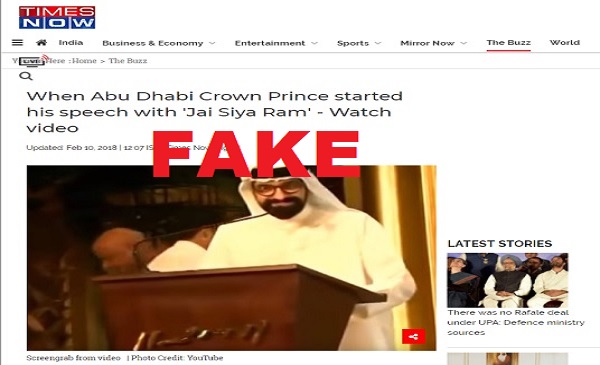 Times Now and Zee News used Prime Minister Narendra Modi's recent visit to the United Arab Emirates (UAE) to revive a 2016 video where the guest speaker addressing the Indian diaspora begins his speech with 'Jai Siya Ram'. While both media outlets clearly stated that the video was old, they misidentified the speaker. (Click here to view an archived version of Times Now's story and here for Zee New's story) 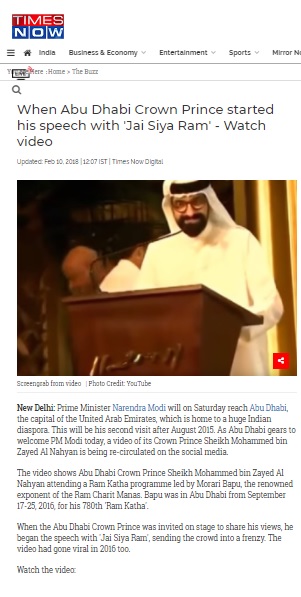 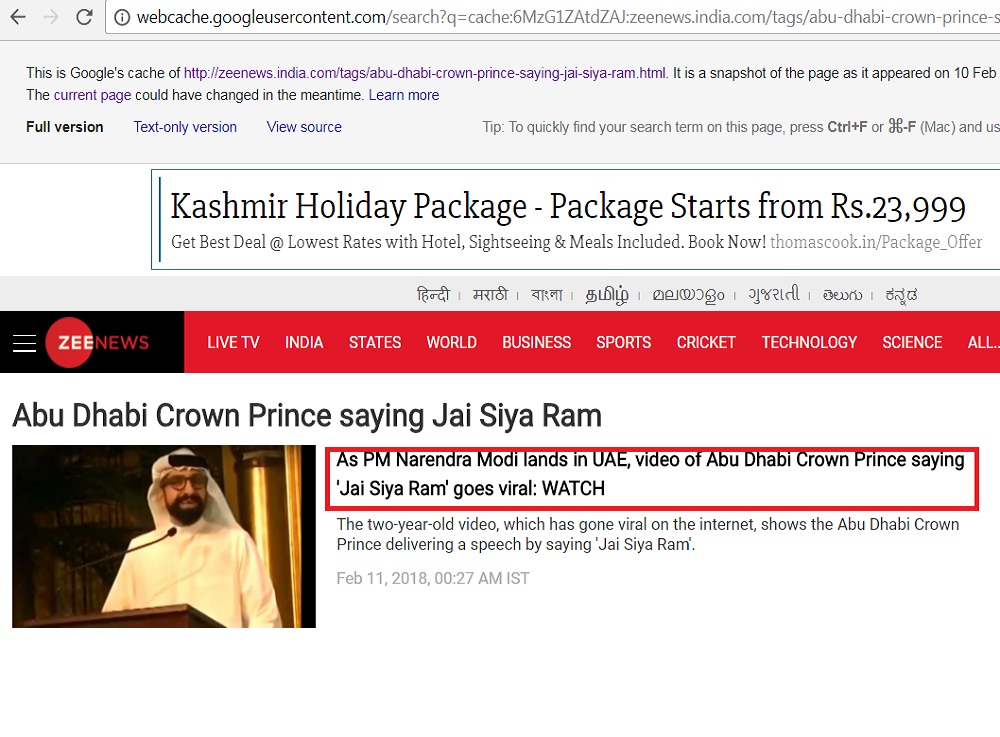 Times Now later updated its story after being called out on Twitter but did not issue a correction. Zee News has killed the story all together. 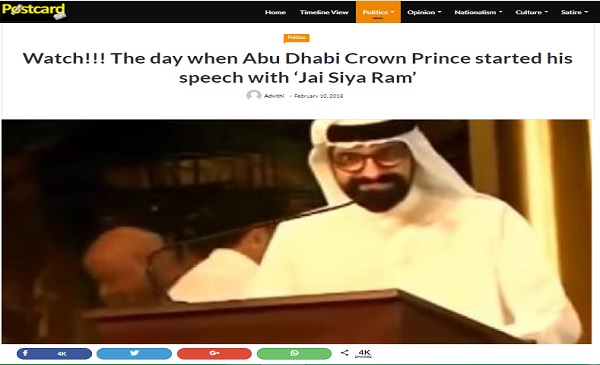 The video and stories was promptly lapped up on social media.

When the Abu Dhabi Crown Prince was invited on stage to share his views, he began the speech with 'Jai Siya Ram', sending the crowd into a frenzy. https://t.co/B0rM19hPc2

When the Abu Dhabi Crown Prince was invited on stage to share his views, he began the speech with 'Jai Siya Ram', sending the crowd into a frenzy. https://t.co/XEoXwkHQJq

In the below video, the host introduces the person saying 'Jay Siya Ram' as the Sheikh Sultan and not the Abu Dhabi crown prince Sheikh Mohammed bin Zayed Al Nahyan.

Sultan Sooud Al Qassemi is a UAE-based columnist and a prominent commentator on Arab affairs.

The gaffe by Indian news outlets has not gone unnoticed by international media. Gulf News has published a scathing article hauling up Times Now and Zee News for the error. 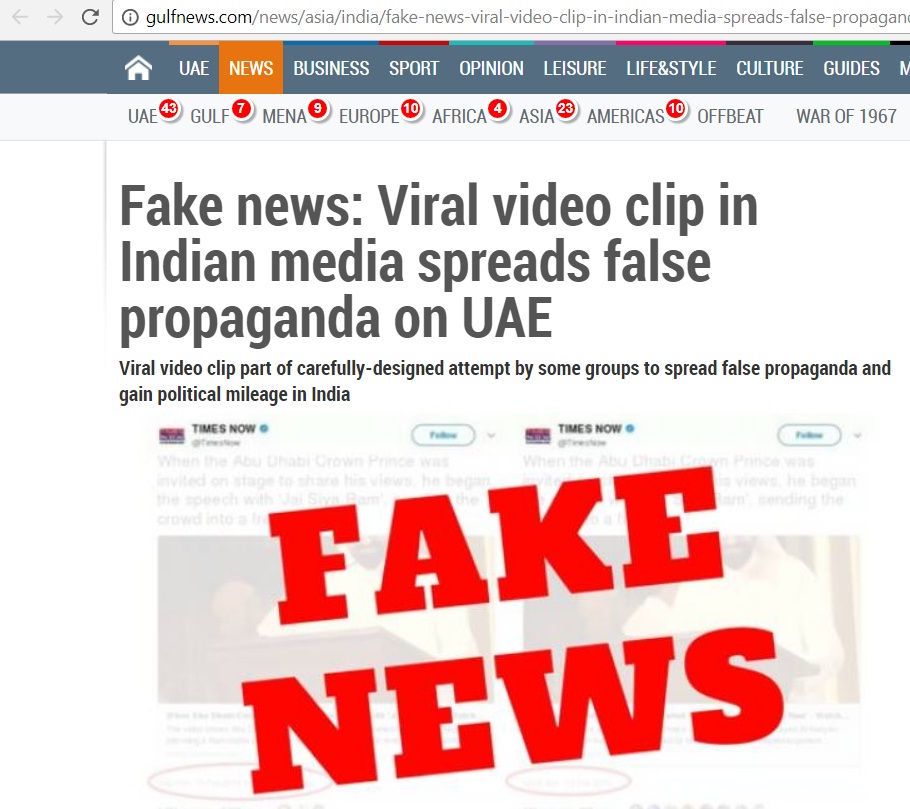 Abu Dhabi fake news featured Indian media Jai Siya Ram Times Now Zee News
If you value our work, we have an ask: Our journalists work with TruthSeekers like you to publish fact-checks, explainers, ground reports and media literacy content. Much of this work involves using investigative methods and forensic tools. Our work is resource-intensive, and we rely on our readers to fund our work. Support us so we can continue our work of decluttering the information landscape. BECOME A MEMBER
📧 Subscribe to our newsletter here. 📣You can also follow us on Twitter, Facebook, Instagram, Youtube, Linkedin and Google News 📝Stay updated with all our latest fact check stories.