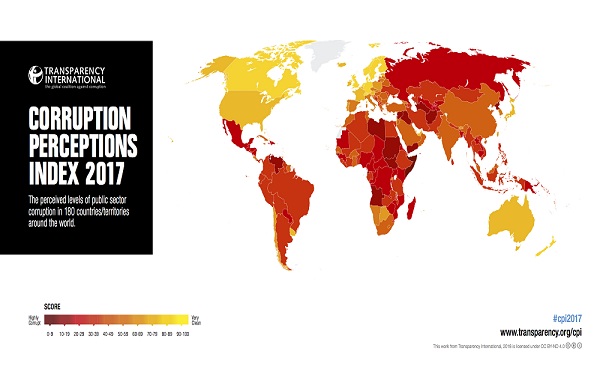 Corruption Perceptions Index or CPI measures perceived levels of corruption in public sectors by conducting surveys among experts and business executives. It is a composite index based on 13 data sources which are surveys and assessments conducted by independent institutions such as African Development Bank, World Economic Forum, World Bank and so on.

New Zealand and Denmark had the highest CPI scores of 89 and 88, respectively. Syria, South Sudan and Somalia had the lowest scores of 14, 12 and 9 respectively.

How has India fared?

India’s score has not seen major improvement in the past 6 years. 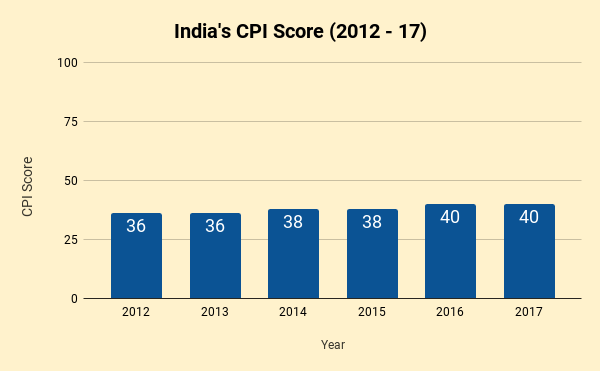 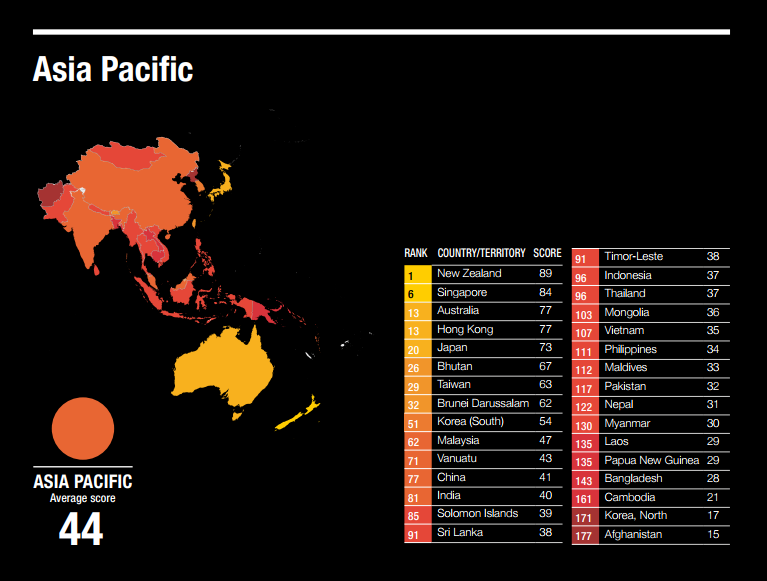 Moreover, the report has named India along with Philippines and Maldives to be among the worst offenders in the Asia Pacific region for posing threatening environments for individuals who fight against corruption and challenge the status quo. "These countries score high for corruption and have fewer press freedoms and higher numbers of journalist deaths," the report said in its assessment for the APAC region.

How India fares in comparison to its peers

Among SAARC countries India was second only to Bhutan and was followed by the rest. 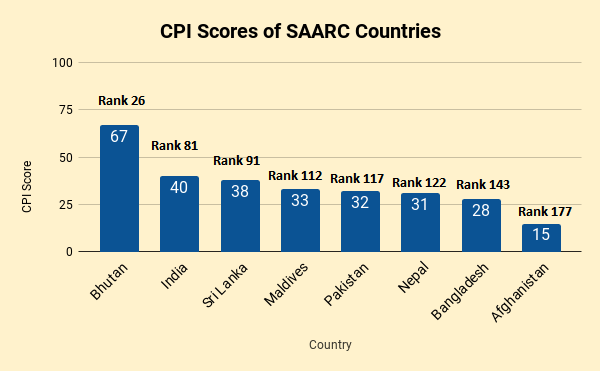 Among BRICS countries South Africa and China are doing better than India, while Brazil and Russia rank much lower. 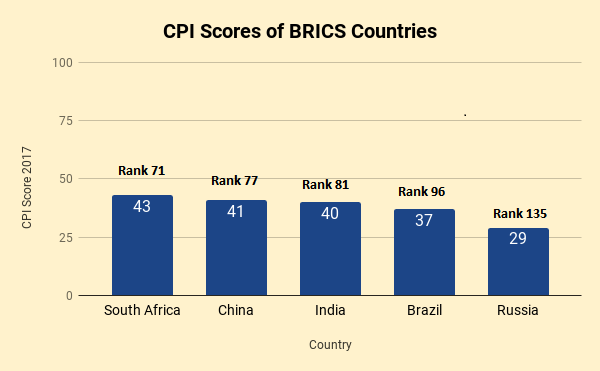