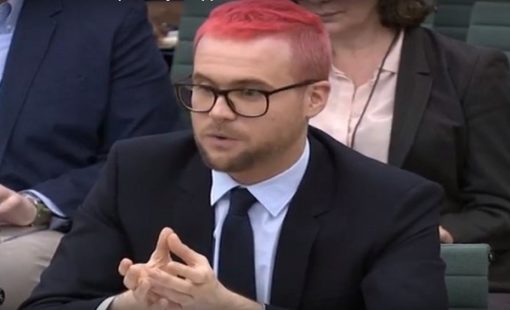 In a major setback for the Congress party, Cambridge Analytica's former Director Christopher Wylie has said in his testimony to the House of Commons committee in the UK that the data company worked with the party during elections.

To a question by an MP on the work done by CA in some of the world's largest democracies like India, Wylie said, "I believe their client was Congress but I know that they have done all kinds of projects..... I don’t remember a national project but I know regionally. India’s so big that one state can be as big as Britain. But they do have offices there, they do have staff there."

In a disposition to UK House of Commons, Christopher Wylie, the whistleblower in Cambridge Analytica case, names Rahul Gandhi’s Congress as one of Analytica’s clients in India. Will Rahul answer what was discussed with Alexander Nix and how much data of Indians has been stolen? pic.twitter.com/s3V81GO5zd

I reiterate, the Congress party has never engaged with Cambridge Analytica, nationally or regionally.

The BJP and the Congress has been at loggerheads since news broke out last week that data analytics company Cambridge Analytica had collected data on 50 mn American Facebook users without their consent and used it to spread fake news through the platform. The BJP attacked the Congress for teaming up with Cambridge Analytica for doing similar work during elections in India while the Congress blamed the BJP and Nitish Kumar's JD(U) for taking their help in various state elections starting from 2010.

BJP has also denied working with Cambridge Analytica for any of the state or national elections.

BJP Cambridge Analytica Christopher Wylie Congress disinformation Facebook fake news featured Guardian India misinformation Nitish Kumar Ovleno Business Intelligence UK
If you value our work, we have an ask: Our journalists work with TruthSeekers like you to publish fact-checks, explainers, ground reports and media literacy content. Much of this work involves using investigative methods and forensic tools. Our work is resource-intensive, and we rely on our readers to fund our work. Support us so we can continue our work of decluttering the information landscape. BECOME A MEMBER
📧 Subscribe to our newsletter here. 📣You can also follow us on Twitter, Facebook, Instagram, Youtube, Linkedin and Google News