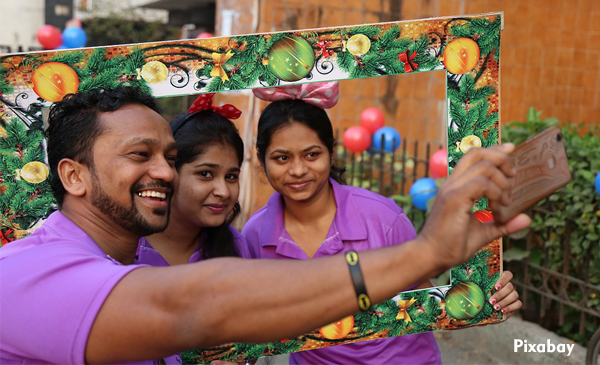 Cultures change, and new generations are born out of those changes. For many, this might sound obvious.

All you have to do is think about transporting a 25-year-old to 1965. Even after she got over the shock of losing her smartphone, she’d probably still be baffled. Why are so many women her age married with two kids already? Why is everyone wearing suits? And where did all of the gay and lesbian people go?

Nevertheless, it’s recently become fashionable to suggest that generations don’t exist at all. According to some, one generation in particular – millennials (those roughly between the ages of 23 and 37) – is a fabricated or arbitrary category.

I’ve researched generational differences and cultural change for 20 years, summarizing findings on 11 million young people in books such as “Generation Me” and the forthcoming “iGen.” Although it’s true that some people peddle ideas about generations based on questionable data, advances in research methods now allow social scientists to pinpoint generational and cultural changes with a surprising degree of accuracy.

Critiques about generations often begin by noting the lack of agreement around birth years. For example, some place the beginning of the millennial generation with those born in 1980 or even 1977, while others argue for 1982. Vaidhyanathana calls the variation in the cutoffs “suspicious.” Some academic articles have argued this lack of precision calls the entire idea of generations into question.

It’s true that the dividing lines between generations are debated and somewhat arbitrary. However, saying generations don’t exist because the birth year cutoffs are arbitrary is like saying that teenagers don’t exist because the age cutoffs are arbitrary. Moving the cutoffs around doesn’t change the critical mass of data showing that millennials differ from previous generations in, for example, living situations, religious beliefs, sexual behaviors, attitudes toward work-life balance and support for same-sex marriage.

Critics of generations also point out that generational differences are averages, and that considerable variation exists within each generation.

That’s true, but it’s also true of any comparison of groups of people. Teenagers aren’t all the same, but everyone would agree that teenagers, as a whole, differ from older adults. Americans vary, but Americans differ from Saudis. Millennials vary, but the average millennial differs from the average Gen Xer. If someone overgeneralizes and assumes all millennials are the same, the issue is with his approach, not with the data.

An article about the “myth” of millennials quotes journalism professor Todd Gitlin, who says, “The notion that an 18-year-old in East Kentucky growing up in a coal-mining hollow has a great deal in common with somebody growing up on the Upper East Side of New York…is ridiculous. It doesn’t pass the laugh test.”

The real truth about generations

It’s not completely surprising that the idea of generations has gotten a bad rap.

Many authors and consultants trot out one-time polls of young people that have no comparison group, making it impossible to draw any conclusions about generational differences. For example, one poll of millennials found that 67 percent want to start their own business. But older people might feel that way, too. Or perhaps they felt the same way when they were younger (and in fact, they did).

Fortunately, research on generational differences has come a long way, and it’s no longer necessary to rely on such shaky data. Most peer-reviewed studies now use data collected over several decades, eliminating the effect of age and zeroing in on the effects of cultural change. A survey of U.S. 18-year-olds every year since 1976 shows significant differences in workplace preferences, life goals, religious participation, alcohol and drug use and trust in institutions. The General Social Survey of U.S. adults, which began in 1972, has inspired a long tradition of research from sociologists and economists finding changes in attitudes toward work, gender roles and politics.

Data sets like these have another strength: They use samples representative of the nation as a whole. That means the data on millennials are not, as Kriegel told USA Today, based on “a middle-income, white, American person.” They’re based on those of every race, income level and background. Nearly all of the generational trends appear across all groups, not just some.

Such data also negate the oft-made claim that generational differences are “stereotyping,” which seems to imply that notions of how millennials act and what they want are nothing more than guesses. Instead, these data reveal what young people say about themselves, compared to what previous generations said when they were young. That’s not stereotyping; that’s listening.

Nor are the differences small, as others have claimed. In the General Social Survey, young adults’ approval of same-sex relationships soared from 14 percent in 1987 to 66 percent in 2016. In the yearly survey of American 18-year-olds, 39 percent of respondents in 1976 said they expected work to be a central part of their lives. In 2014, it was only 25 percent, which means that young people today favor more work-life balance – a difference managers are sure to notice.

Managers and educators can rest easy: It’s not just you; young adults really are different than they were a few decades ago. Generations do exist – we just need to keep mining the best data to understand them.