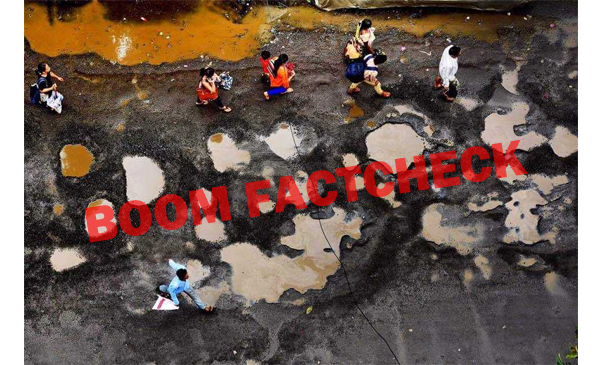 A picture of a severely potholed road from Mumbai has become fodder for politicians from the Bharatiya Janata Party (BJP) and the Congress to target each other on social media in various states.

The same picture has been shared by politicians from both parties claiming that it is from Hyderabad and Bengaluru.

Sadly, both parties did not give much thought to their attack and used the same viral joke of NASA spotting people walking on the moon.

He later deleted his tweet after being called out by BOOM on Aug 6th. 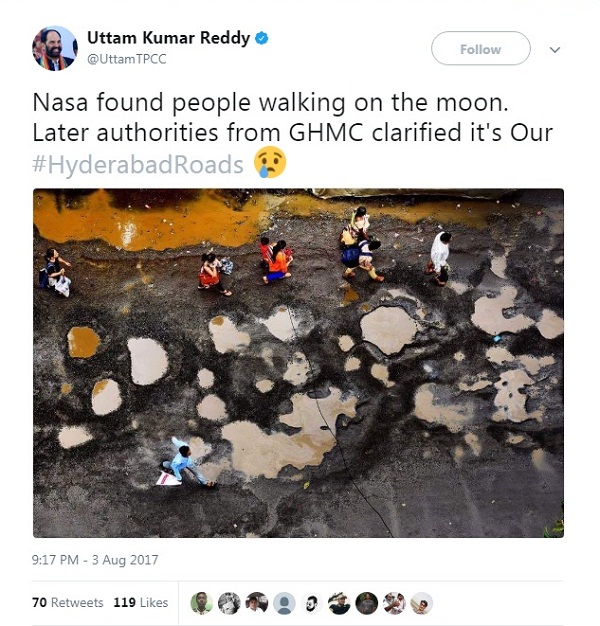 Just got to my notice that the image only that I shared is not from Hyderabad. So have removed it.

Not to be left behind, three days later on August 6th, BJP IT Cell of Karnataka posted the same picture taking aim at Bruhat Bengaluru Mahanagar Palike(BBMP) and claiming it was a road in Bengaluru. When called out by Twitter users including Priyank Kharge, IT, BT and Tourism minister of Karnataka, the party's state IT cell refused to delete its tweet and instead posted photos of other damaged roads in Bengaluru.

Dare @BJP4Karnataka @BJPKarITCell to prove this is in Bengaluru. If not, They should apologize for misleading public. pic.twitter.com/ROVuqiXMbN

The problem of potholes that has worsened during the monsoons has become an emotive issue and is used to target municipal corporations in different cities.

Bizarrely, BOOM found a Times of India post that said the picture was from Airoli in Navi Mumbai. 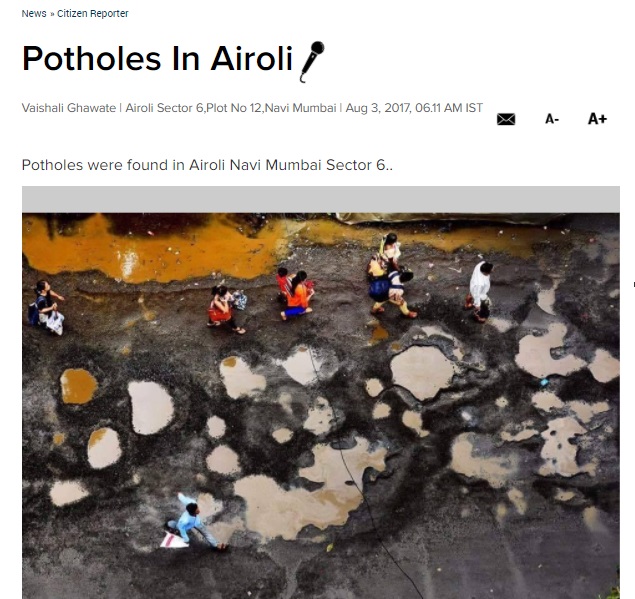 TOI's Citizen Reporter image of potholes on a road in Airoli, Navi Mumbai

However, BOOM tried to trace the original picture and photographer. We found a Facebook post by Nauzer Bharucha, a reporter at Times of India and contacted the photographer SL Shanth Kumar who took the photograph. 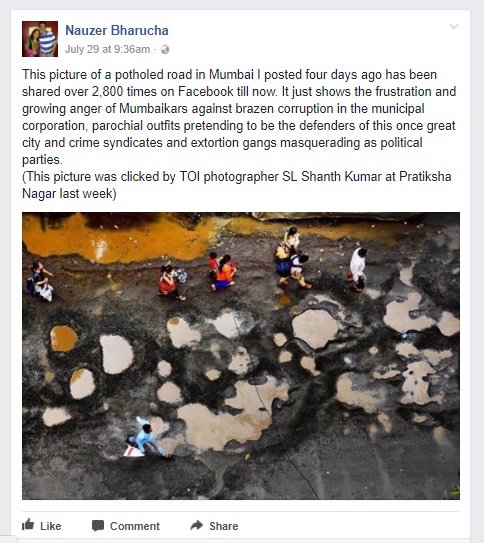 TRUTH ABOUT THE PHOTO

"I shot this image on July 23 at Pratiksha Nagar, Sion, Mumbai. I wanted to depict the problem of potholes in a unique way and took this picture from the seventh floor of a nearby apartment," TOI photographer SL Shanth Kumar told BOOM.

The same image has also been shared on Facebook and Twitter as Gujarat, Manipur, Tamil Nadu and West Bengal.

(Editor's note: This story has been updated to include a Tweet shared by Telangana Congress' Uttam Kumar Reddy and a comment from photographer SL Shanth Kumar)