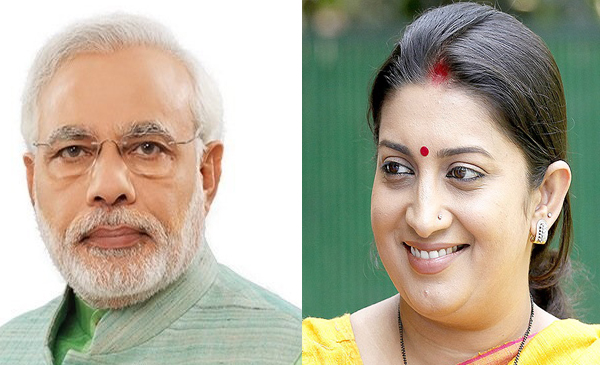 #FLASH: Prime Minister has directed that the press release regarding fake news be withdrawn and the matter should only be addressed in Press Council of India. pic.twitter.com/KVUBeAoDhC

On Monday evening, the Ministry of Information and Broadcasting headed by Smriti Irani had issued a circular calling for suspension of any PIB accredited journalist or news agency upon receiving any complaints for disseminating fake news. For determining if the news is fake or not, the case will be referred to the Press Council of India (PCI) in case of print media and to News Broadcasters Association (NBA) in case of electronic media. 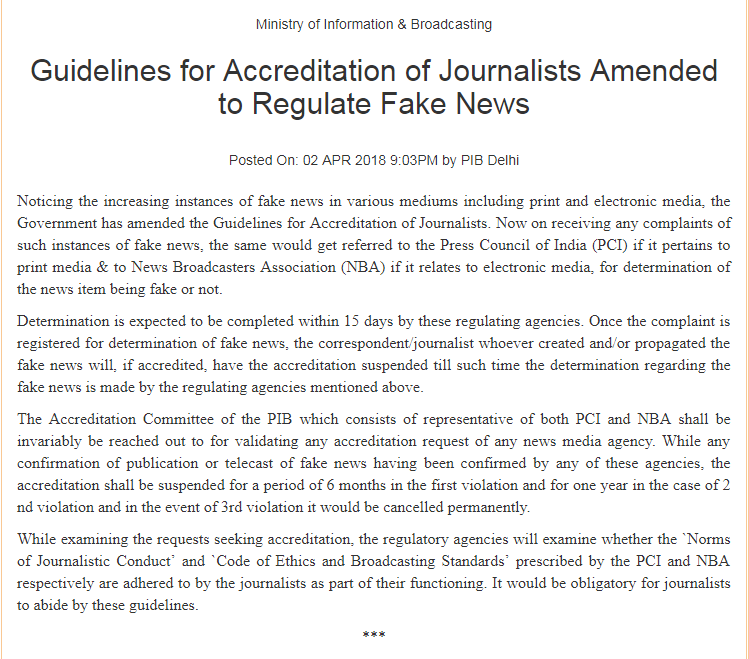 The circular came as a shock to journalists with several senior journalists, editors and owners tweeting against the necessity of it with many expressing fear that this could amount to harassment.

How is fake news to be determined? According to Smriti Irani, once any government authority denies a story, it is fake news.

There are elaborate mechanisms to deal with wrong stories in the media. Legal remedies, Press Council etc. It always existed. So "fake news" as a new category is itself fake.

'Fake news' is 'news' that's been created with CONSCIOUS knowledge that it's not true. It is unacceptable. It's a menace on social media. It is diff from inaccurate reporting, which can be corrected (with apologies if it hurts someone).Editors Guild, NBA should define fake news.

After the release of the circular and strong reactions from journalists, MIB minister Smriti Irani tweeted that it was open to suggestions. 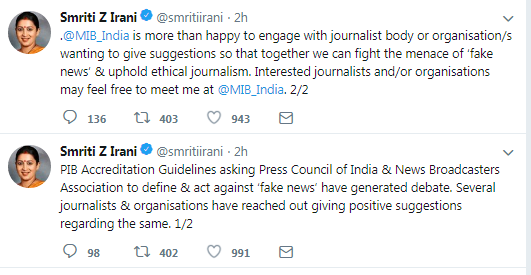 While the circular now stands withdrawn, there is no clarity yet if Irani acted on her own without consulting the PM Narendra Modi. Any move to regulate the media is always looked with suspicion and hence surprising that the I&B Minister did not anticipate a backlash from the industry.

PMO seems to have asked I&B Ministry to withdraw the draconian diktat on ‘fake news.’ While better sense may have prevailed at this moment, don’t these things get discussed before orders are issued.

But there are others who now hope that the botched plan by the government would at least help the media to introspect on their own approach to the issue.

The PMO has withdrawn the fake news circular. But hope the conversation this has started won't end and better regulation will prevail. At the same time hope rigour of journalism isn't undermined by presenting 'alternatives' as the truth.

fake news featured I&amp;B Ministry media regulation Narendra Modi News Broadcasters Association PMO Press Council of India Smriti Irani
If you value our work, we have an ask: Our journalists work with TruthSeekers like you to publish fact-checks, explainers, ground reports and media literacy content. Much of this work involves using investigative methods and forensic tools. Our work is resource-intensive, and we rely on our readers to fund our work. Support us so we can continue our work of decluttering the information landscape. BECOME A MEMBER
📧 Subscribe to our newsletter here. 📣You can also follow us on Twitter, Facebook, Instagram, Youtube, Linkedin and Google News 📝Stay updated with all our latest fact check stories.