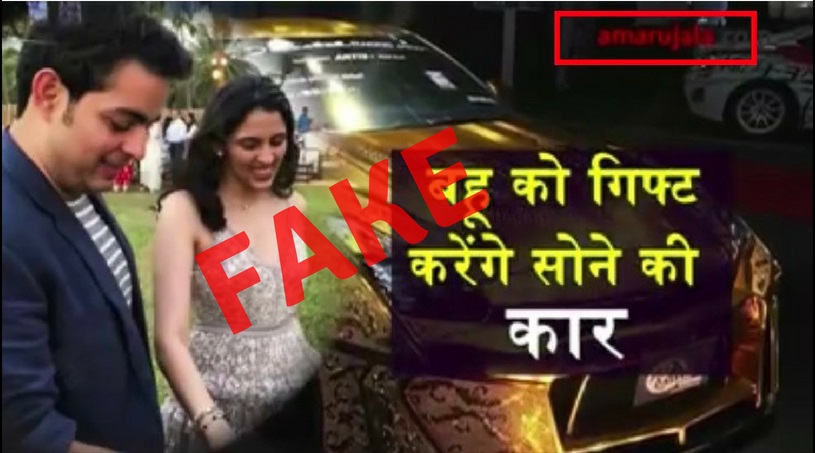 Hindi news outlet Amar Ujala deleted a video story claiming Mukesh Ambani is gifting his soon to be daughter-in-law Shloka Mehta, a gold-plated car worth about 6.7 crore rupees. The video citing 'reports' stated that the car was being brought to India from Dubai. and would reach by June 20.

BOOM reached out to a spokesperson for the Reliance Group who rubbished the report and called it fake. 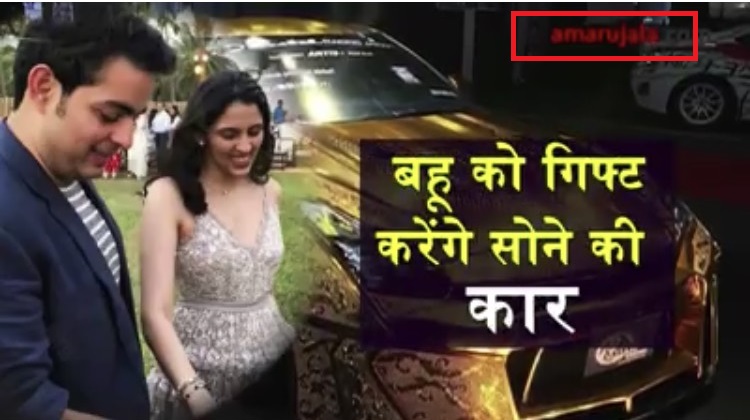 Though the video has been taken down from Amar Ujala's website the cached version of it can be viewed here. (Cache link)

We also found many other websites carrying the rumour. Websites such as CineRiser, UC News, and NamanBharat carried the story. 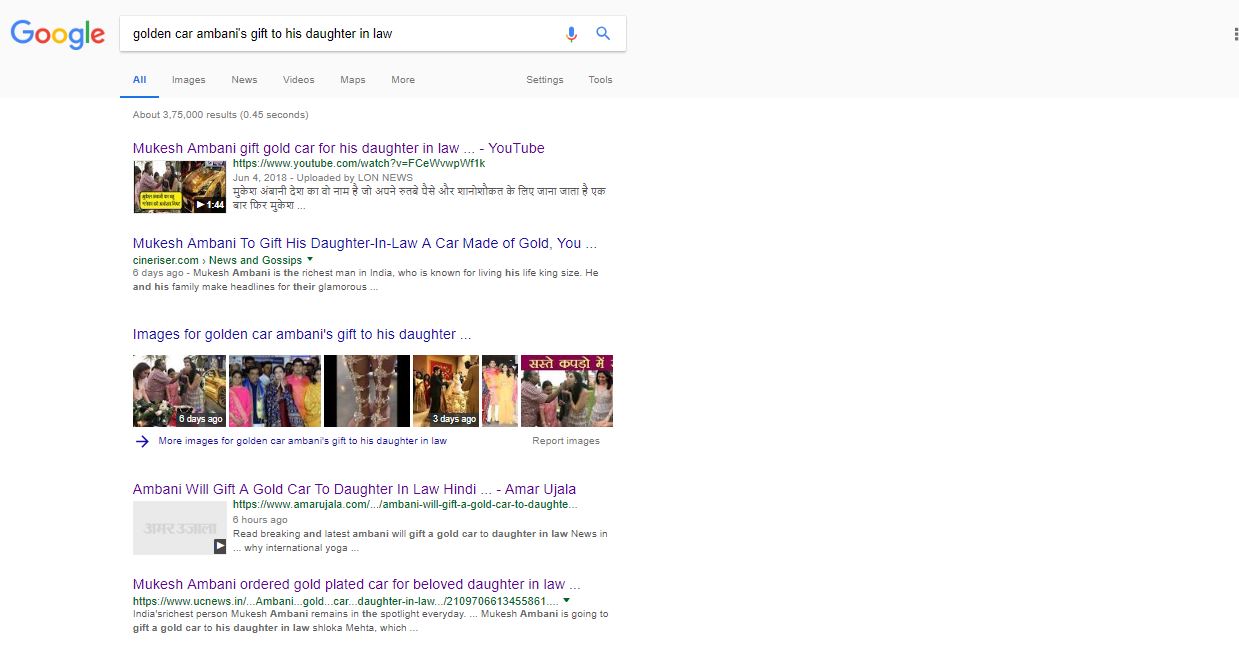 The images of the gold-plated car in the video are that of the Nissan R35 GT-R dubbed "Godzilla'. The car was created by Japanese tuner and customisers of sports cars Kuhl Racing and master engraver Takahiko Izawa. It's official name is the 'Engraved Goldmetal Paint Godzilla'. The car, which sports a 3.8 litre V6 twin turbo 545 hp engine, was displayed at the Automechanika Dubai 2016 expo. According to news reports it was priced at $1 million. 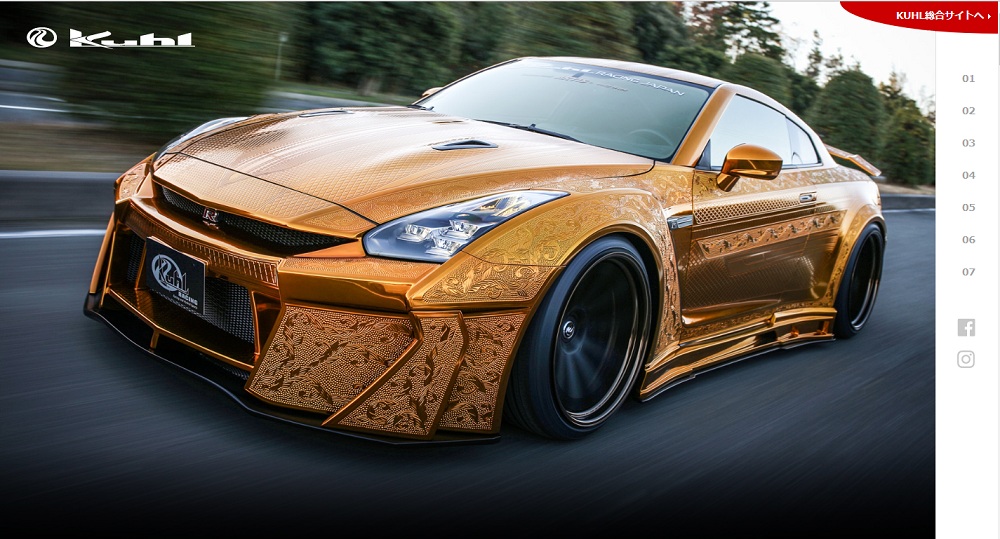 Another video claiming to be an invitation card for the engagement of Akash Ambani and Shloka Mehta was also shared on social media in the past 48 hours. The video shows a card placed in an elaborate box which contains a miniature temple.

While Reliance's spokesperson confirmed that the card was true he disputed social media posts that claimed it costs 1.5 lakh rupees. We also found news reports mentioning Nita Ambani's visit to Siddhivinayak temple in Mumbai to present the engagement invite. The invite announced the date of the engagement ceremony to be June 30. Mukesh Ambani's elder son Akash is set to marry his school mate Shloka Mehta, the daughter of the diamantaire, Russell Mehta in December.