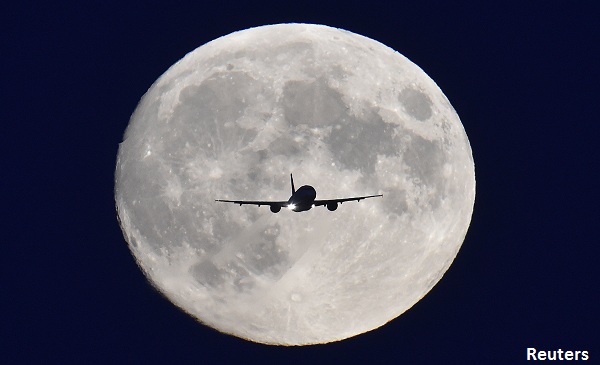 Want to fly to the moon? Well, now you won’t have to bother with all those years of rigorous astronaut training – all you need is a huge wad of cash. Elon Musk, technopreneur, has built a small spaceship called Dragon and if you slap down enough money – maybe a hundred million dollars or so – he’ll fly you to the Moon.

The first flight is set for 2018, a target so ambitious it verges on the incredible.

Musk’s moonshot plan has been greeted enthusiastically by most space fans but some are a little doubtful. Other commentators remain totally uninspired, ridiculing the idea as a gigantic waste of money.

This ambivalence isn’t surprising really, since history shows that soon after the Apollo 11 moon landing in 1969, people switched their televisions to more down-to-earth events while wondering why NASA kept going back to the Moon again and again with Apollo 12, then Apollo 13, then Apollo 14 – all the way up to Apollo 17.

Natural process, or a social one?

Musk would tell you he’s not using taxpayer funds for his moonshot and that his SpaceX venture is a private commercial business. But SpaceX’s only significant customer so far has been NASA – a taxpayer-funded agency that pays it to deliver cargo to the International Space Station.

And even before SpaceX had delivered anything, NASA made a massive investment in the firm to get it up and running. Any claim that SpaceX is purely a commercial business, then, is also incredible.

Like many space fans, Musk will tell you that this moonshot is the first step in the “natural process” of human space expansion. The next steps involve the colonisation of the Moon and then Mars.

But space travel is not a natural process; it’s a social process involving domestic politics, international competition, the marketing of patriotic heroism, and the divvying up of state funds.

Harkening back to the dark past

The “colonisation” theme of space expansion is also problematic since it signifies a potential re-emergence of the social injustices and environmental disasters wrought by past colonial ventures. Being a fan of “space colonisation”, then, can be likened to rejoicing in the displacement of native peoples and celebrating the destruction of wilderness.

Unfortunately, too often space expansion has utilised historic conquests to map out the future; witness Star Trek’s Space: the Final Frontier theme, or Musk’s own idea to colonise Mars.

Calling for a new “age of exploration” in space recalls past voyages of discovery ignores how Chritopher Columbus decimated native tribes with smallpox and how Spanish conquistadors ransacked Meso-America’s temples to loot gold.

Space fans might argue that there are no people in space to be colonised, that the Moon and Mars are uninhabited lands. But the plan to settle Mars, for example, and then to set about extracting valuable resources without working out if some alien species is living there – even if those life forms are microbial – seems reckless.

It also smacks of anthropocentrism since humans will doubtless carry to Mars the attitude that microbes are lower lifeforms and that it’s OK to stomp all over their planet spreading pollution and mucking up their environment.

Even if they are lifeless, we should consider that the Moon and Mars belong to all of us; they are the common heritage of humankind. And those who first to get to the Moon or to Mars shouldn’t be permitted to plunder these worlds just for the sake of their own adventure or profit.

An alliance of interests

One prominent fan of American space expansion is US President Donald Trump. “Space is terrific,” he said in Florida last year. Trump also called for more space exploration in his recent speech to Congress.

Many scientists are wary of Trump’s attitude to science but, in a surprising willingness to embrace both science and the wider universe beyond America, the president wants NASA to “explore the mysteries of deep space”.

In the process, Trump is also working out how to rid NASA of the those pesky climate scientists who, he claims, are peddling “politicised” science.

Trump met Elon Musk within days of assuming the presidency and, with their shared love of capitalism and penchant for self-promotion, they seem to be entering a working relationship, described by some as cronyism.

Trump seems willing to support Musk if the entrepreneur can help Make America Great Again by shooting Americans off to the Moon before China gets there. Musk may seem confident about his 2018 plans because he believes he has presidential blessing.

A note of caution

But perhaps it’s too soon to worry about Moon grabs or Martian colonialism.

First, both Trump and Musk are notorious “big talkers” and they may be playing with the macho spectacle of space travel. If their space plans gurgle into an economic sinkhole, they’ll probably quietly abandon them.

And the 2018 moonshot is not going to actually land on the Moon; it’s merely going to shoot around it and then head back to Earth. Nobody will get the chance to plant a flag.

Space tourism, moon bases and Martian colonies have all been predicted for decades and nothing has ever come of them. Wernher von Braun, the Apollo rocket hero (and ex-Nazi) showcased such prospective space endeavours on a television show with Walt Disney in the 1950s (using whizzing Disney graphics). But 70 years later, a space colony is nowhere to be found.

An outright Moon grab would also be illegal, since the 1967 UN Outer Space Treaty forbids such acts. The US has re-interpreted this treaty to suggest that it permits resource extraction from the Moon and the planets in the Solar System, but not all nations accept this view.

Not what we all want

If Musk does get his rich clients to circle the Moon next year, and then manages to set up bases and colonies on the lunar surface and then Mars, it won’t be because he’s made a business success out of space expansion. And it won’t be due to the scientific merit of moon bases.

Rather, it will be because he has managed to dupe the American taxpayer with expensive technological fantasies and because he’s broken the ideal of the common heritage of mankind enshrined in international law. Humanity and the Earth will be diminished in the process.

It’s possible the cosmos will be diminished and despoiled too with mining firms digging up the moonscape, rocket fuel spilled all over the Martian surface, and neon lights flashing in shiny space casinos.

Of course, some space fans believe the only way they’ll realise their space fantasies is to ride behind the glory of “visionaries” such as Musk – and the unknown mega-rich space passengers set to shoot off around the Moon next year.

But the Earth abounds with those willing to poke fun at such showy space adventures, which is good – Musk needs to know that not everybody is on board.