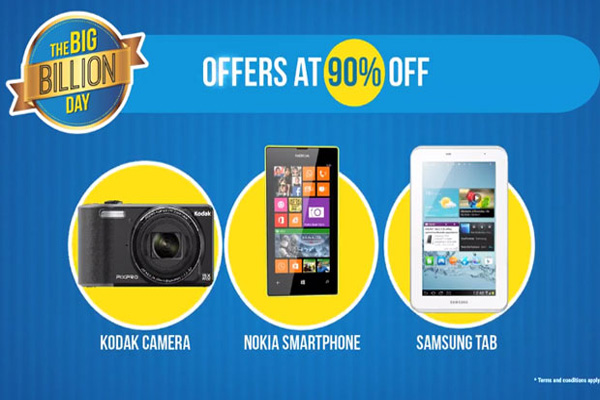 Flipkart reportedly achieved its $100 million "Big Billion Day" sale target in 10 hours, but the day didn't entirely go as Sachin and Binny Bansal, the co-founders of Flipkart, would have wanted.

Customers complained that items went out of stock within minutes. The website crashed repeatedly and was inaccessible for long hours during the sale period. Customers also found that the online retail website had hiked the prices of certain products and then offered a "discount". The irate customers took to social media platforms to vent out their frustration, and by the end of the day, #flopkart was trending on Twitter.

Snapdeal and Amazon India, the other big online retailers, ended up on the winning side as customers flocked to their sites that were selling some of the "sale" items at a lesser price.

A day later, Binny and Sachin, sent out a personal apology letter to customers, explaining the various glitches.

Flipkart may have had 1.5 million hits on the "Big Billion Day" but it seems to have lost out on trust and goodwill among customers. Can the personal apology by the co-founders salvage the situation?

E-commerce Flipkart Flopkart Online retail Sale
If you value our work, we have an ask: Our journalists work with TruthSeekers like you to publish fact-checks, explainers, ground reports and media literacy content. Much of this work involves using investigative methods and forensic tools. Our work is resource-intensive, and we rely on our readers to fund our work. Support us so we can continue our work of decluttering the information landscape. BECOME A MEMBER
📧 Subscribe to our newsletter here. 📣You can also follow us on Twitter, Facebook, Instagram, Youtube, Linkedin and Google News