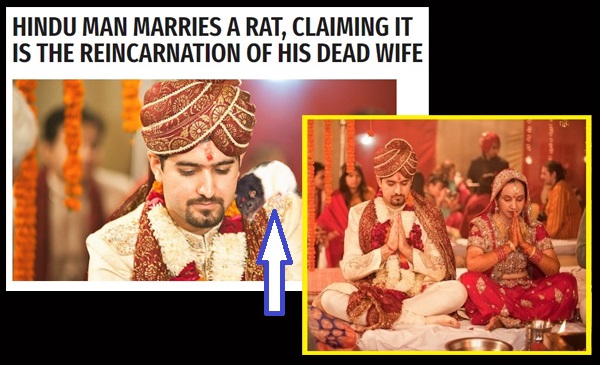 The story of a Hindu man marrying a female rat claiming it is the reincarnation of his wife who died in a car accident, is fake. The story has been conjured by notorious serial fake news offender World News Daily Report (WNDR).

World News Daily Report (WNDR) fabricated the entire story, including making up quotes. The website even photoshopped a rat into the picture in its story published on August 28.

The story has recently begun to go viral on social media and has garnered over 55,000 Facebook shares and over 400 tweets.

The fake story claimed 41-year old Bangalore based widower Chidhatma Basu, father of four young children, had an unusual encounter with a female rat who showed up at his doorstep.

“This little female rat showed up on my doorstep, and it had my wife’s eyes and nose.”

'Mr. Basu says he rapidly understood that the rodent was the reincarnation of his deceased wife.'

The story also claims the man consulted with temple officials about the rodent and was assured that the rat was, indeed, his reincarnated wife.

The ceremony ended up being very controversial and was criticized by animal rights groups in the West including PETA, the WNDR claimed.

1. WNDR is a fake news website that has been busted by BOOM in the past and other fact checking organisations such as Snopes. WNDR's disclaimer uses satire as an excuse to peddle fake news. Read its disclaimer here.
"All characters appearing in the articles in this website – even those based on real people – are entirely fictional and any resemblance between them and any persons, living, dead, or undead is purely a miracle." - WNDR's disclaimer

WNDR is the site responsible for another viral fake story of a Saudi Prince losing five wives while gambling. - How India’s Twitter Influencers Fell For A Known Fake News Website

2. We found another image taken by photograher Saneesh Sukumaran which shows both bride and groom. BOOM reached out to individuals in the photo who wished to keep their identity private. 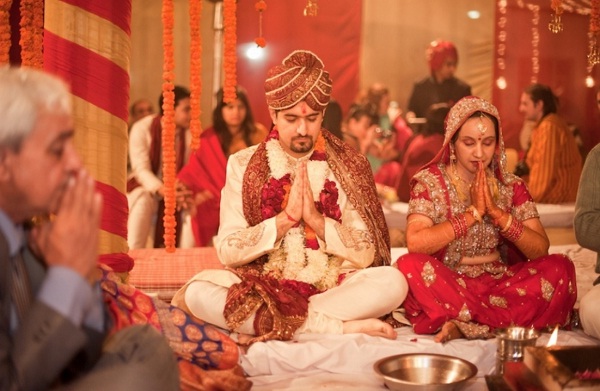 3. The photograph of the Hindu priest in the story is that of Pandit Shri Martand Sharma Ippili Ji. 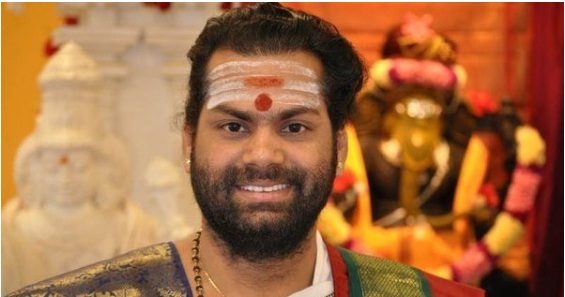 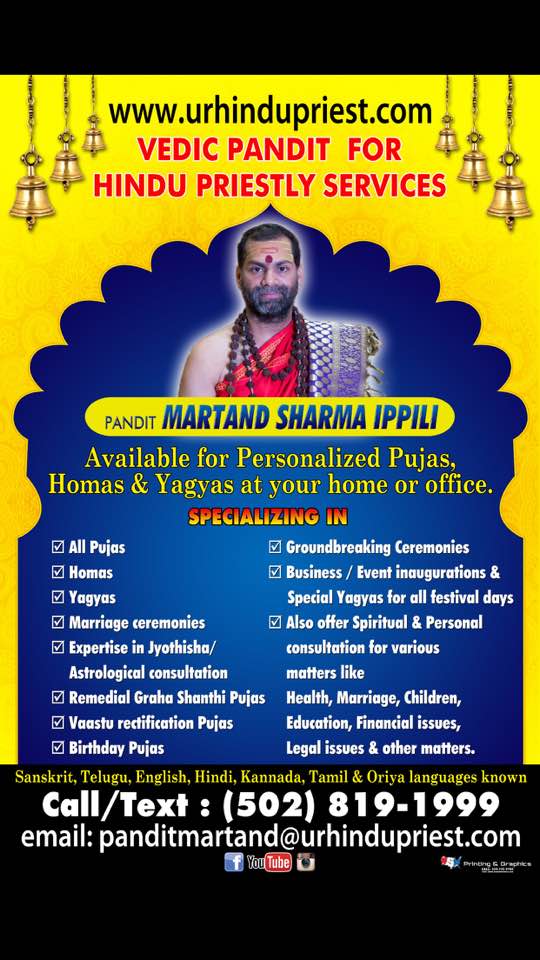 World News Daily Report's story was shared by many websites including defence.pk, which subsequently deleted it. 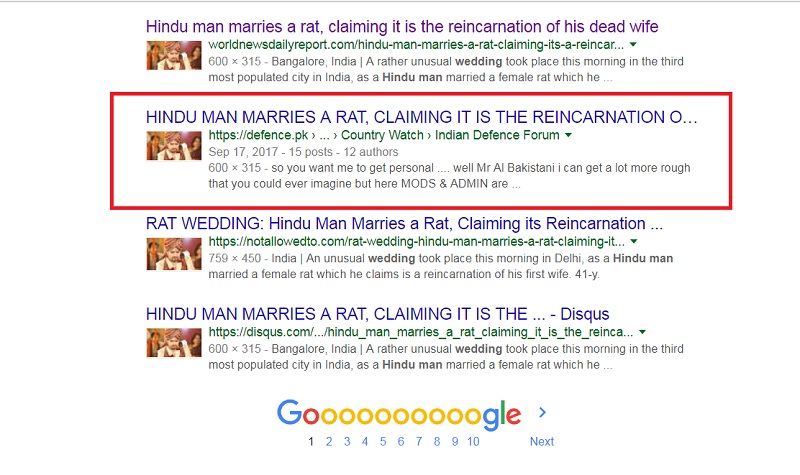 fake news featured Hindu hinu man marrying a rat WNDR World News Daily Report
If you value our work, we have an ask: Our journalists work with TruthSeekers like you to publish fact-checks, explainers, ground reports and media literacy content. Much of this work involves using investigative methods and forensic tools. Our work is resource-intensive, and we rely on our readers to fund our work. Support us so we can continue our work of decluttering the information landscape. BECOME A MEMBER
📧 Subscribe to our newsletter here. 📣You can also follow us on Twitter, Facebook, Instagram, Youtube, Linkedin and Google News 📝Stay updated with all our latest fact check stories.