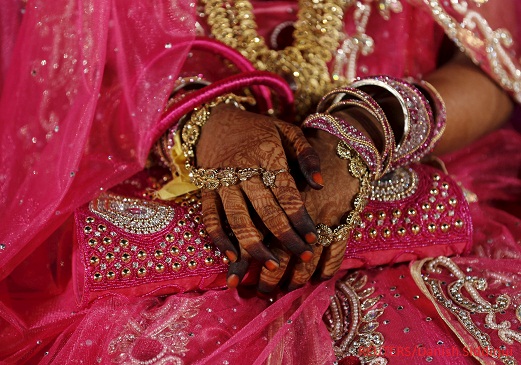 Domestic violence is not specific to a particular religious group; Australian statistics indicate that one in six women experience physical or sexual violence from a current or former partner in their lifetime.

Despite this, several recent media reports have sensationalised domestic violence within the Muslim community, and often falsely linked it to Verse 4:34 in the Qur’an.

This misunderstanding has not only been perpetuated within the Australian community, it is also widely misunderstood in the Muslim community.

Several Muslim individuals and organisations have recently commented about Verse 4:34 without a proper substantiated understanding of its context. This has only added to misunderstandings of what the Islamic view on domestic violence is.

Islam’s position on domestic violence is drawn from the Qur’an, prophetic practice (sunnah), and historical and contemporary legal verdicts (fatwas).

The Qur’an and prophetic practice clearly illustrate the relationship between spouses. The Qur’an says the relationship is based on tranquillity, unconditional love, tenderness, protection, encouragement, peace, kindness, comfort, justice and mercy.

The Muslim prophet, Muhammad, set direct examples of these ideals of a marital relationship in his personal life. There is no clearer prophetic saying about a husband’s responsibility toward his wife than his response when asked:

Give her food when you take food, clothe her when you clothe yourself, do not revile her face, and do not beat her.

Muhammad further stressed the importance of kindness toward women in his farewell pilgrimage. He equated the violation of their marital rights to a breach of the couple’s covenant with God.

Abusive behaviour towards a woman is also forbidden because it contradicts the objectives of Islamic jurisprudence – specifically the preservation of life and reason, and the Qur’anic injunctions of righteousness and kind treatment.

Domestic violence is addressed under the concept of harm (darar) in Islamic law. It includes a husband’s failure to provide obligatory financial support (nafaqa) for his wife, a long absence of the husband from home, the husband’s inability to fulfil his wife’s sexual needs, or any mistreatment of the wife’s family members.

In the 17th century, during the Ottoman Empire, legal verdicts were issued against abusive husbands in several domestic violence cases.

… man who beats his wife excessively and “breaks bone”, “burns skin”, or “blackens” or “bruises her skin”.

But if Islam condemns all forms of violence against women, what about Verse 4:34 of the Qur’an? One translation of this verse reads:

Men are in charge of women by [right of] what Allah has given one over the other and what they spend [for maintenance] from their wealth. So righteous women are devoutly obedient, guarding in [the husband’s] absence what Allah would have them guard.

But those [wives] from whom you fear arrogance - [first] advise them; [then if they persist], forsake them in bed; and [finally], strike them. But if they obey you [once more], seek no means against them. Indeed, Allah is ever Exalted and Grand.

This verse is specifically addressing the legal issue of nushuz, which is contentiously translated as a wife’s disobedience, flagrant defiance, or misbehaviour.

This is important because, as a general principle, a wife is entitled to financial support (nafaqa) from her husband as per Islamic jurisprudence guidelines. The only time she forfeits this right is if she is guilty of nushuz.

The contention about Verse 4:34 is particular to its English translation. There are no accurate translations of this verse, which compounds the issue for English-speakers. There are three particular words – qawwamuna, nushuzahunna, and wadribuhunna – that appear in this verse and are often mistranslated, mainly due to a lack of equivalent words in English.

Particularly problematic is how the word wadribuhunna is translated into English. A clear disagreement exists among English-language Qur’an commentators on how best to translate this word. All translations give an explicit negative connotation, and – when read out of context – further exacerbates any misunderstanding.

No classical and contemporary Muslim scholar has ever argued that wadribuhunna actually means “beat” your wives, despite how English translations render the meaning. Scholars have made every attempt to stipulate strict conditions that govern wadribuhunna, which is a last resort in a seriously dysfunctional marriage that is due to the nushuz of the wife.

So, any violence and coercion against women that is used to control or subjugate is considered to be oppression and is unacceptable in Islam – even if it is sanctioned by cultural practices.