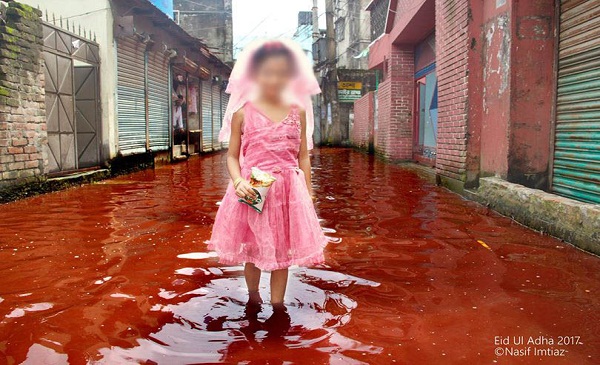 A grotesque image of a little girl posing in blood-stained rainwater after the festival of Eid al-Adha in Bangladesh went viral over the weekend with many speculating that the picture was photoshopped.

However, the photograph taken by Bangladeshi documentary photographer Nasif Imtiaz is authentic. Large scale livestock sacrifice on Eid al-Adha, coupled with heavy rains and poor drainage networks have left many residents in some parts of Bangladesh to wade through 'rivers of blood.'

Imtiaz shared the image on his personal Facebook page along with other images to prove that the photo was not digitally manipulated. The photograph was taken in Bangladesh's Narayanganj area. BOOM reached out to Imtiaz through Facebook but is yet to hear from him. 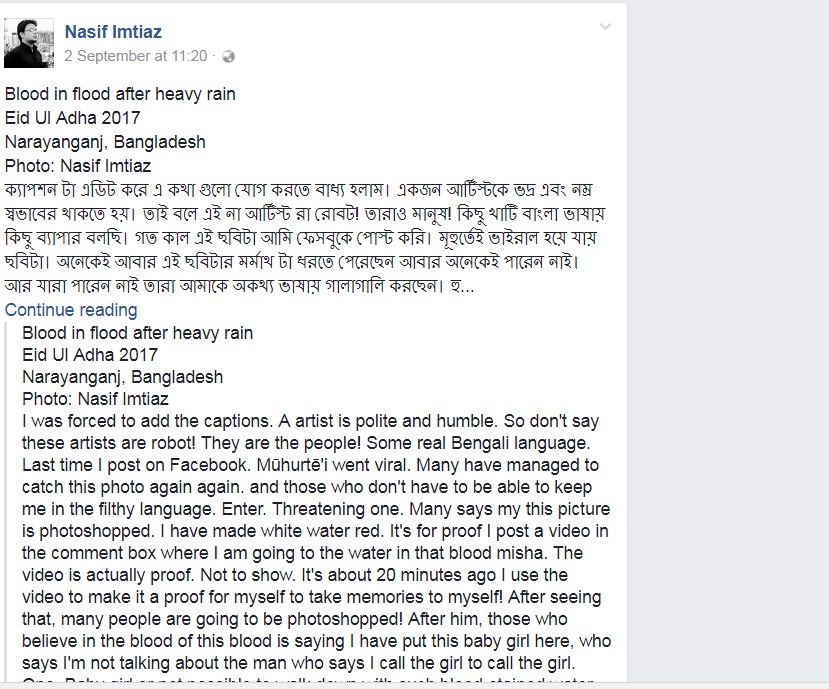 Imtiaz also shared a video and other photos below his post to prove that the picture was not photoshopped. 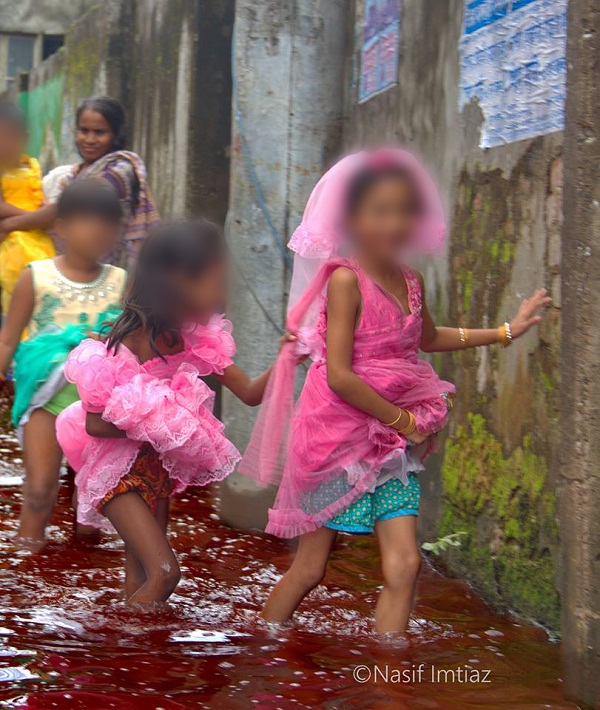 BOOM has blurred the faces of children appearing in the photograph.

Sadly, apocalyptic visuals of blood and accumulated rainwater combining are not new to Dhaka. In September 2016 local and international media presented jarring photos and reported about the civic nightmare the city had turned into during the festival.

A bit of rain and Eid and the roads run red with blood. #Dhaka #Bangladesh pic.twitter.com/7WJRxAj8LN

According to a 2016 story by the Guardian, authorities in Dhaka said they had created hundreds of designated sacrifice spots yet people preferred to sacrifice cows, goats and sheep in their garages or in streets outside their homes. (Rivers of blood flow on streets of Dhaka after Eid animal sacrifices)