People gathered outside RBI headquarters in Mumbai on January 05, 2017

It is the first week of January, 2017 and the deadline to deposit old notes of Rs 500 and Rs 1000 has gone long past. But the queues outside RBI offices across the country show no sign of clearing up. Towards the end of December, the Narendra Modi government also came out with an ordinance that made possession or transaction of old currency illegal. The 50-day period from November 8 to December 30 saw frequent changes in rules and regulations, withdrawal and deposit limits. Even the relaxation to exchange invalid notes given to Non Resident Indians (NRIs) and Indians who were abroad came at the last minute after a lot of confusion.

Initially, Prime Minister Modi in his November 8 speech had promised the citizens that they will be given adequate options even post December 30.

This explains why many say they feel cheated as they relied on the Prime Minister’s assurances that genuine cases will be considered even after the deadline. But why they chose to not use the 50-day period remains often unanswered.

A lady who got frustrated after failed attempts to exchange Rs 5,000 at RBI’s Delhi office for the past three days, protested by stripping in front of the bank.

Our rounds at the RBI headquarters in Mumbai showed the situation was not any different as people were tensed and frustrated. Around 50 – 60 people had gathered near the entrance. Most were not aware of the change in rule that only NRIs could exchange the invalid currency at RBI branches post December 30th. They were also angry over not being able to communicate with the RBI officials for proper information.

The officials appeared once in a while on the other side of the entrance and let the NRIs in while the rest were barred by the security personnel. Some were also under the impression that people with a passport can exchange currencies and not aware of the clause of ‘NRIs’ and ‘Indians who were abroad during the 50 days’. One shouted in anger, “Khali foreigner logon keliye, Indian keheke fayada kya hain?” 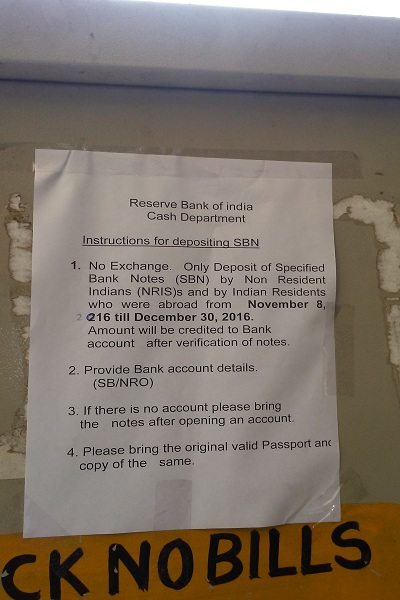 But as much as one feels empathy for those who are left with invalid notes, some of the reasons given for not exchanging the notes are quite strange. However, the fact that they came to exchange small amounts does show that most of them are genuine cases.

There were also people like two sisters who had come to exchange Rs 1,000 which they found recently, but were relaxed even if it could not be exchanged. However, the majority of the people we met were those who could not bear the loss of their hard earned money. 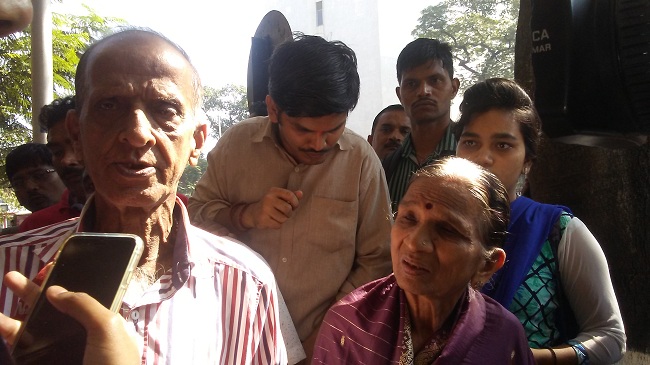 Demonetising 86% of the notes in circulation was never going to be an easy job. And, in a country of 1.2 bn people, there will always be late comers. But considering that such a massive exercise was pushed to be completed within 50-days, maybe the government should consider some leniency and a fresh window with exchange limits for those who were left out in the process. After all, this was an exercise to flush out black money hoarders and not the economically deprived.