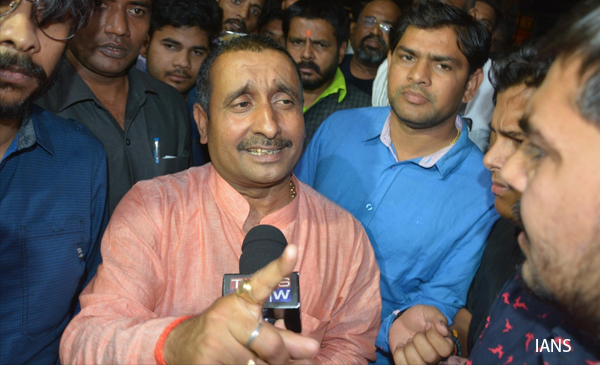 BJP MLA Kuldeep Singh Sengar who is accused of raping a teenage girl; in Lucknow

The Central Bureau of Investigation (CBI) has denied media reports of having given any concluding views confirming rape charges against Bharatiya Janata Party MLA Kuldeep Singh Sengar in the Unnao rape case.

This rape case in Uttar Pradesh along with Kathua rape case in Jammu & Kashmir had led to a nationwide uproar leading to the ruling Bharatiya Janata Party coming under rising public scrutiny. Taking a tough stand following the uproar, the cabinet approved death penalty for those convicted of raping minors below the age of 12 years.

The CBI on May 11, 2018 issued a clarification stating that investigation of the cases in Unnao is still continuing as shown below. 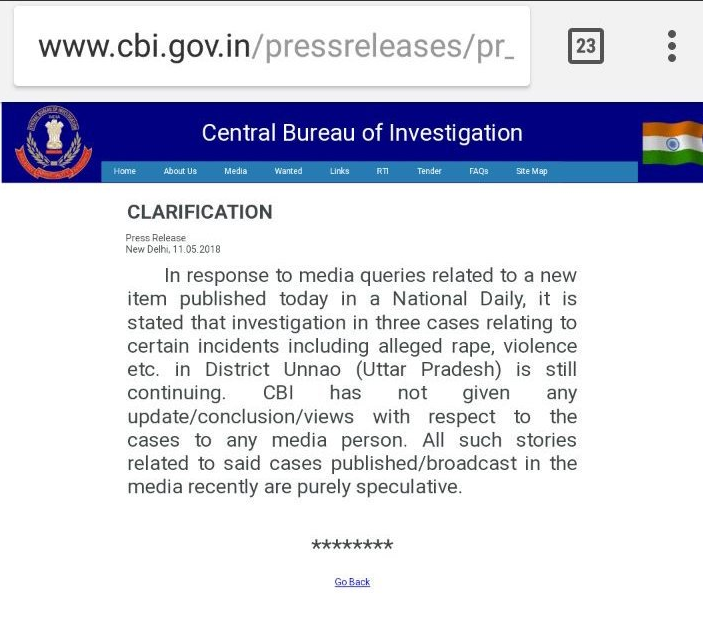 The news about CBI investigation corroborating the survivor's statement of being raped by MLA Sengar had originated from a source-based story by The Times Of India dated May 11. The newspaper in its print and online versions cited sources including a CBI officer. The paper also quoted the CBI official to having said that the Uttar Pradesh Police delayed the girl's medical examination and was reluctant in filing the FIR against the MLA. The source said, 'this was all deliberate and in connivance with the accused persons.'

BOOM accessed an archived version of TOI's May 11 story as shown below. Click here to read the old version. 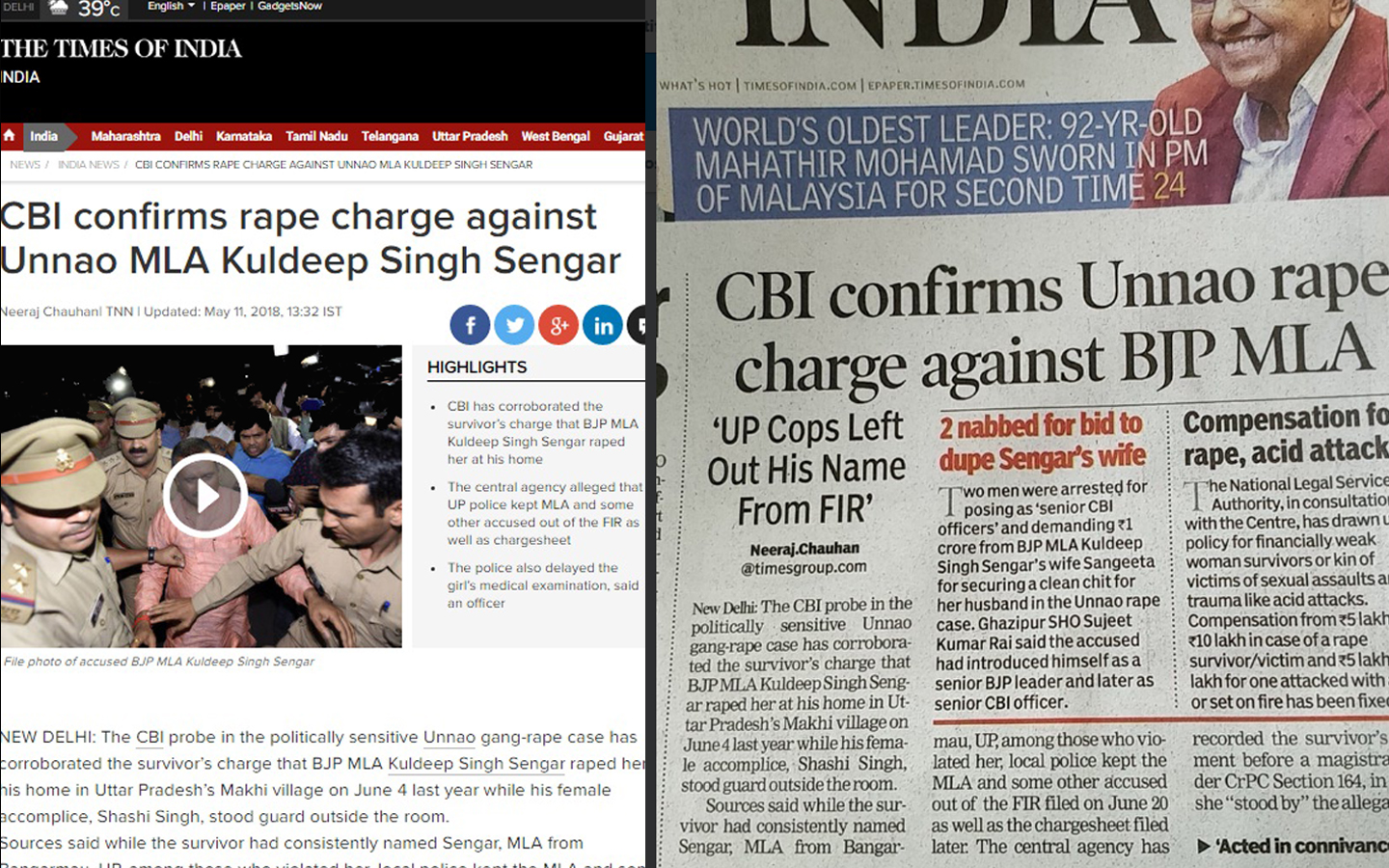 After CBI issued the clarification, TOI updated its story on May 12 to include the investigating agency's clarification but also stated that it stands by its story. It said,

TOI stands by its report in which it has nowhere been mentioned that the probe has been concluded.

Many mainstream media including Business Standard, Deccan Chronicle, Financial Express and Zee News citing TOI had released their stories on CBI confirming rape charges against the BJP MLA on May 11, 2018.

India Today who had also carried a source based story stating that the CBI has "found incriminating evidence against BJP MLA Kuldeep Sengar" has now updated its copy to reflect CBI's denial.

Interestingly, while the CBI statement has denied sharing any information with the media on its final conclusions, it has not given a clean chit to the accused BJP MLA Kuldeep Singh Sengar.

According to the victim, on June 4, 2017 , the victim was brought to Sengar's house by a female accomplice Shashi Singh on the pretext of giving her a job. The MLA raped her even as Singh stood guard outside the room, according to the statement given by the victim to the police.

Both the Times of India and India Today in its reports have claimed that the CBI has found evidence of the local police's laxity in probing the case. The police were reluctant to name the MLA in the case despite the victim's repeated statements naming him. This led to the first FIR filed on June 20 not mentioning the name of the MLA and his accomplice, reported the Times of India.

It was only under sustained media pressure following the death of the victim's father in custody after being beaten up by Sengar's brother and accomplices that the Yogi Adityanath government agreed to hand over the case to the CBI who have filed cases against the accused.