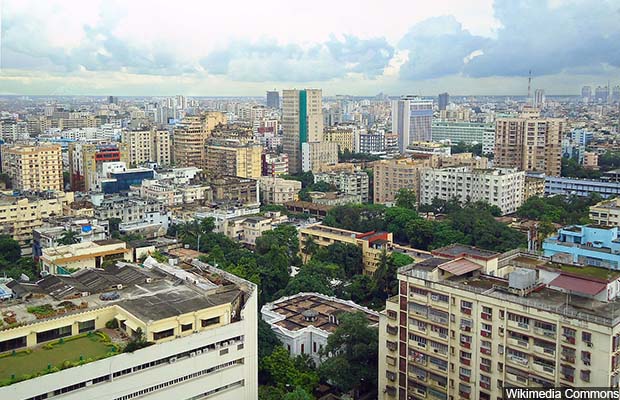 With India’s urban population rising by 11 million annually–the equivalent of adding a Bengaluru every year–and urban voters forming a major vote base for the Bharatiya Janata Party (BJP), making money and management available for cities would appear to be a priority.

But promises of smart cities and managing growth to provide jobs and housing for the coming urban population jump from 377 million in 2011 to 600 million in 2031–with 20% of this growth expected to come from rural distress and migration–are, currently, displaying little progress.

Less than a quarter of central funds for four major national programmes for India’s urban renewal have been used, according to an IndiaSpend analysis of government data. Since urban development is a state subject, state governments implement these national schemes with central assistance playing a key role. State and urban bodies are also expected to finance a portion of the program on their own by raising funds from other sources.

A further disaggregation of central funds data from the ministry of housing and urban affairs reveals:

This is the situation facing the BJP government, as it heads into its last full budget before general elections in 2019, at a time when Prime Minister Narendra Modi has promised 100 smart cities and housing for all by 2022.

The urban sector will not just watch how much money is set aside in the 2018-19 budget but also how it is used, as the National Democratic Alliance (NDA) tries to deliver on its promises of urban development and rejuvenation ahead of upcoming assembly elections in eight states and the 2019 general elections.

Indian cities and towns will become hubs of growth over the next two decades, finance minister Arun Jaitley said on December 2, 2016, acknowledging “a lack of ideas” on how to prepare India for its coming urban explosion.

Besides ideas, implementation of what exists is stuttering, as the much-publicised Smart Cities Mission reveals.

Work on another 65 or 10% of projects valued at Rs 2,737 crore had just begun. Of the remaining, 554 (86%) projects were “at various stages of implementation”, the government said.

The Smart Cities Mission is supposed to transform 100 cities into “smart cities” by 2022, through the application of information and communications technology to manage basic services, such as water supply, sanitation, housing, waste management and mobility.

With a budget of Rs 48,000 crore, the Centre was to invest Rs 500 crore per city, with a matching contribution from the state government, through private investments in projects. The mission could be implemented either as a “pan-city” programme that infuses public infrastructure with information technology (IT) or as an “area-based development” that builds IT infrastructure in a smaller area.

In 2015, the first year of the Mission, 20 smart cities were chosen based on applications made by state governments, rising to 99 by January 2018.

AMRUT, Smart Cities Mission & Housing for All (Urban) mark a watershed moment in our quest to create better & futuristic cities.

During the financial years 2015-16 and 2016-17, Rs 5,962 crore or 12% of the Mission’s total outlay for five years, had been released to the chosen smart cities, according to this February 2017 response to the Lok Sabha, Parliament’s lower house.

For 2017-18, the Centre’s budget for the Mission was Rs 4,000 crore. Up to March 2017, 80% or 32 of 40 smart cities that had received central assistance had not received matching funds from their respective state governments, according to the latest available government data.

Urban rejuvenation: 3 years on, 87% of funds to states not released

While the urban affairs ministry has not yet made public the progress of the Atal Mission for Rejuvenation and Urban Transformation (AMRUT), 13% of the Rs 50,000 crore budgeted had been released up to July 2017.

Like its predecessor, the Jawaharlal Nehru National Urban Renewal Mission, the AMRUT programme aims to develop basic urban infrastructure, with a focus on water supply, sewerage, septage management and stormwater drains. The mission also considers funding urban transport, green spaces and parks, with specific provisions for senior citizens and differently abled-friendly persons. It sets aside 10% of its budget for incentives to states for achieving milestones in urban reforms.

AMRUT is being implemented in 500 cities and towns nationwide, including state capitals, 12 heritage cities and a few urban centres along main rivers and tourist destinations.

Under AMRUT, the Centre funds state plans that it clears; plans of 18 states and union territories (UTs) have been cleared up to 2019-20, the mission’s end date, as the government told the Lok Sabha in this July 2017 response.

In July 2017, with 16 months to its deadline, no more than 5.6% of Rs 417 crore sanctioned had been used for the national Heritage City Development and Augmentation Yojana (HRIDAY) programme, according to government data submitted to the Lok Sabha.

“The scheme aims to preserve and revitalise soul of the heritage city to reflect the city’s unique character by encouraging aesthetically appealing, accessible, informative & secured environment,” the programme statement said. HRIDAY planned to give a fillip to the cities’ core infrastructure, especially around heritage assets, as recognised by the ministry of culture and state governments.

It's our duty to protect & preserve India's rich wealth of heritage. #HRIDAY under @Moud_India is a step in this direction #WorldHeritageDay

In nearly half or five of 12 cities–Badami, Dwarka and Bet Dwarka, Gaya, Mathura and Puri– none of the funds sanctioned had been used.

Most funds or Rs 5.8 crore had been used in Varanasi, the Prime Minister’s constituency, and Amritsar. Although Varanasi claims to have completed 43% of its projects, the city has used no more than 6.4% of the funds released. Similarly Amritsar, despite claiming 37% of work completed, has spent a fifth of the funds released (19.6%), or 9% of the funds sanctioned.

Urban Housing: 93% of houses under construction

With four years left to its target date, 16% of 3.2 million houses for the urban poor were cleared for construction and no more than 6.5% had been built, and foundations had not been laid for 55%, according to this Lok Sabha response from January 2, 2018.

Like its predecessor, the Rajiv Awas Yojana, the NDA’s PMAY, or the Pradhan Mantri Awas Yojana (Urban)–the Prime Minister’s Housing Programme (Urban)–hopes to ensure all eligible urban poor own a pucca or solid house by 2022.

The programme includes: Providing “in situ” slum redevelopment (or slum redevelopment at the same location) through private developers; extending credit-linked subsidies (or a subsidised credit line) for the poor so they can afford low-cost homes; creating affordable housing stock through partnerships with the private developers; and offering subsidies to those who build or improve their own houses.

*For Sikkim and Nagaland, data on houses completed are up to July 2017.

The slow progress is symptomatic of the slow trickle of funds from the Centre to states and UTs over three years to 2018.

Tamil Nadu, Gujarat and Madhya Pradesh showed the most progress in completion of housing projects, and received most funding; Goa and Chandigarh received among the least assistance, and has few completed units, according to an IndiaSpend analysis of this data from the housing and urban affairs ministry.

The story was first published on indiaspend.com