An article claiming actor Shah Rukh Khan and Gauri Khan have divorced each other after running into marital woes, is fake and part of a global scam orchestrated to sell an anti-aging cream named Auvela.

The story appears on a web page masquerading as website called 'Entertainment Today Insiders News' and clicking on it leads to an advertisement for Auvela that has misused a picture of actor Parineeti Chopra.

The text appears as an interview and starts by saying, “Gauri Khan's, wife of Shah Rukh Khan since 2006, best known for her roles in Batman, Cold Mountain and Big Little Lies ran into marital woes after "disobeying" Shah Rukh Khan's wishes over the past 6 months. We learn the real story behind the divorce of the famous couple and why Gauri's entrepreneurship tendencies caused strife and jealousy ultimately leading to divorce.” 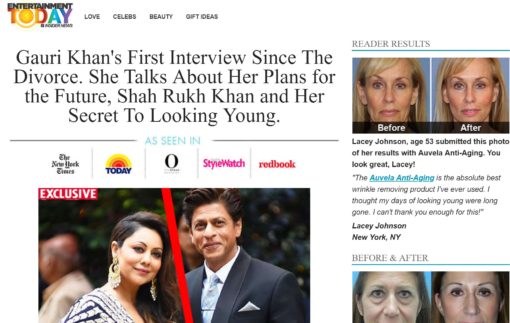 The story also falsely claims that Gauri founded Auvela, a face cream, and then states that Gauri and Shah Rukh have filed for divorce. It further asks Gauri was the reason for divorce “a commercial conflict” with Shah Rukh. The fake article has Gauri replying in the affirmative to the question and stating, “It's an unfortunate situation, but money makes people act and behave differently. That's all I want to say about why Shah Rukh and I split up. He is a wonderful man, but after I started Auvela everything changed.” 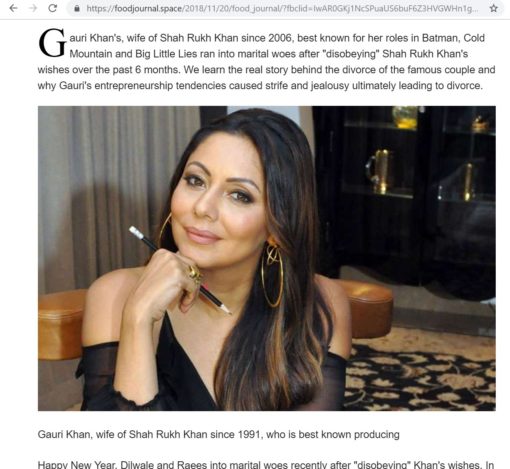 The article then has quotes from various Hollywood celebrities including Reese Witherspoon and Kate Middleton all claiming to have used ‘Auvela’.

BOOM also was unable to find any verified news article stating that Shah Rukh and Gauri have filed for a divorce. BOOM also contacted Shah Rukh's media liaison and will update the story if we receive a reply.

We also ran a detailed search for the brand and found that it has no listed address or official phone number. The brands retails only via their various websites and does not use any online shopping sites. BOOM was also able to find a complaint listed on internetcheaters.com against them by an user for unverified and unauthorised credit card usage.

The web page also does not lead to a website of the supposed site 'Entertainment Today' as it claims its name to be. Clicking on the link of the name of the site only leads to a page for the brand Auvela.

The URL for the webpage does not mention a proper website.

WHAT IS AUVELA SKIN CARE?

The India site for Auvela claims that it is a "professional skincare solution" and lists a range of products like anti-wrinkle cream, moisturising cream and an eye cream. The brand has many web links all along the same lines of 'skin care' 'skincare info. It also make clear that one can order the product only from their site and not from a third party source. 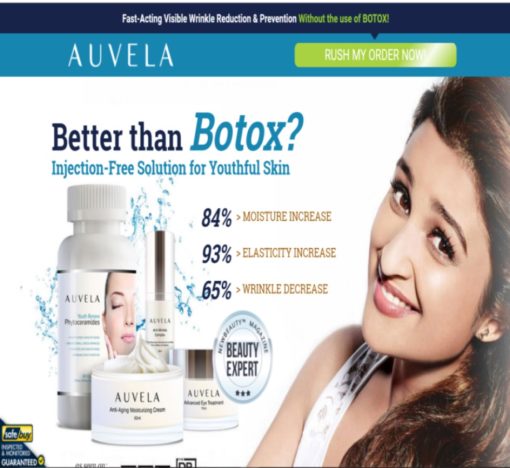 The brand uses photos of various film actors on their home page to lend credibility.

A search for Auvela on Facebook shows results for many pages, one for each country. The brand has pages like Auvela Philippines, Auvela Malaysia, Auvela Argentina and Auvela Indonesia. The page Auvela India has five Likes and posts from early 2017. 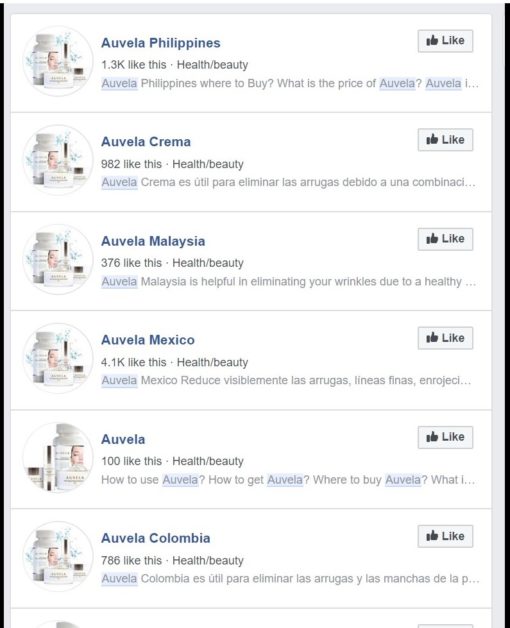 BOOM conducted extensive searches to find users who had ordered Auvela to know whether they had received any products.

Several customers complained about having been duped. BOOM could not find the articles shown in the screenshots but analaysed them using the photos attached by the Facebook user and found them to exactly the same as the Shah Rukh-Gauri story viral in India. Both the stories credit the respective actors for having created Auvela.

Further investigation led us to several posts which claimed an actor and model Carmina Villaroel from Phillipines had quit showbiz to launch a cosmetic brand called Auvela. Following this viral article, Villaroel took to Instagram and clarified that the article was fake. 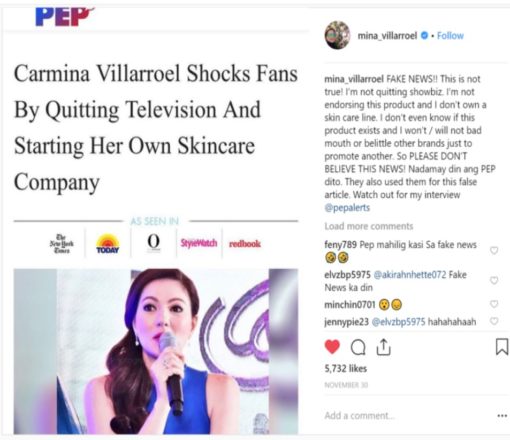 A more detailed search led to some posts about people having received the products of a brand called Bella Vei when they placed orders for Auvela. When BOOM looked up Bella Vei, we found a website for the company listing the same products as Auvela. A product called Phytoceramides, a tablet for skin rejunevation was being sold by both the brands -- Auvela and Bella Vei. 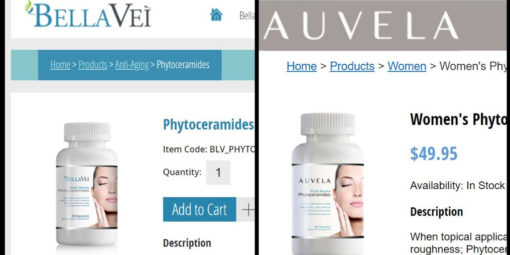 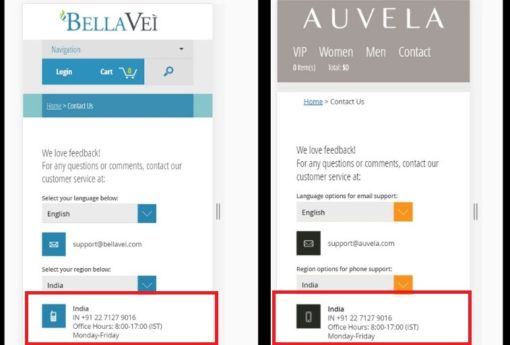 The contact numbers are same for both the brands

Repeated calls to the above numbers were not successful.

It is not clear who is behind Auvela or BellaVei.