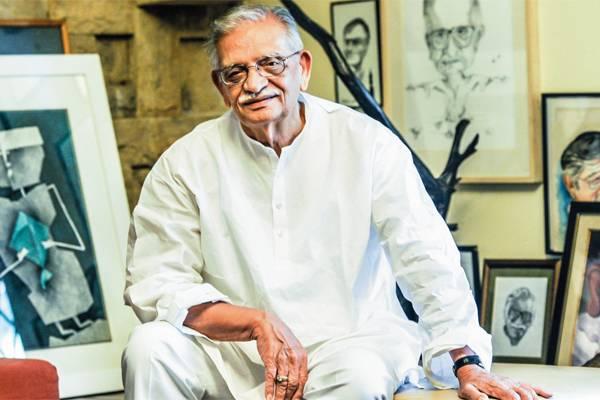 Movies have such a strong hold on us, generating impulses, sneaking in desires, colouring dreams, permeating our being almost. And yet when you try and look for cues to life’s many mysteries, for answers to the questions it throws up, chances are you will find movies offer mostly, fragile, fleeting moments that although become meta themes, have little intrinsic value. In mainstream Hindi cinema barring the rare exception, cinematic narratives created by imagery and dialogues suggest, but rarely probe, the breadth and depth of the human condition.

That job is left entirely up to the songs. Even the most formulaic Hindi film can throw up a song that says what the scenes and dialogues shy away from, adding a layer of depth that the film itself may lack. The songs in our movies have not just saved our cinema from other forms of entertainment and the marauding appeal of Hollywood, but for many of us with basic or no education, the songs in our movies have saved our souls.

While it is music that makes songs memorable and sublime and is generally composed first, words that come later, infuse them with both meaning and purpose. Over the hundred years of cinema especially after the talkies, poets have used their fearless intellect and curiosity to pick every human emotion bare, nearly to the bone, in these songs. And no emotion has been scrutinized as much as romantic love has been. Shailendra, Shakil Badayuin, Majrooh Sultanpuri, Shahir Ludhianvi, Yogesh, Javed Akhtar have explored romantic love in all its glory and misery in film songs.

But the person I think stands tallest in his attempts to explore every nuance and complexity that comes with romance, love and desire is Gulzar. Where his songs on the subject are delicate, poetic and often playful his films are intrepid uncompromising explorations of relationships, intimacy and behaviour.

But it’s the love songs that Gulzar has written for women that are really special. It’s uncanny just how much they echo what women feel when they feel love and longing. Or maybe it’s the other way round maybe we subconsciously echo the sentiments he and other lyricists have over the decades, attributed to us. Whichever way you want to see it, and given how female lyricists are between few and non-existent, Gulzar’s songs have given women a unique voice.

It goes back to 1963 when a chance opportunity led Gulzar to write his very first song.

`Mora Gora Ang Lai Le’ inspired by Bengali Vaishnav poetry shows a bashful Nutan asking to be dusky hoping to merge into the shadows to meet her lover under the cover of darkness. Written for Bimal Roy’s film Bandini this song set off Gulzar’s career in cinema. In those days Gulzar was working at a garage doing paint touch ups and odd jobs while hoping to make a literary career.

After the song he continued as an assistant director to Bimal Roy his mentor who he credits with changing the course of his life. In those early days Gulzar was a reluctant lyricist, an identity that is so integral to his oeuvre today.

But going back to the voice he gave women, take a listen to these:

In what I have read and heard I haven’t managed to quite pin down why Gulzar feels this innate empathy for women and why while he considers them different he automatically puts them on an equal footing with men. He has spoken of how women by virtue of the fact that they can give birth have a strength that men can never claim, but that doesn’t explain his outlook really. Even when he writes songs for other filmmakers and he does that after reading their entire script he inevitably breathes vim into the women with his words.

Gulzar has written many deeply philosophical songs and equally as many songs full of mirth and the rhythm of life. As a filmmaker and writer he has studied politics, history, spirituality, urban alienation and even the supernatural. Steeped in Urdu, Hindi, Bengali and English literature Gulzar’s enthusiasm for his craft is infectious and at 81 with over 50 years in the business he’s still articulating that crazy little thing called love. His felicity with words, his unorthodox use of language, his unusual way of seeing and the deep honesty with which he articulates feelings has given Hindi cinema and us the marvelous gift of self expression.

Most songs written by Gulzar are on my playlist but I am going to leave you with this one he has written for the film Kinara. In ‘Ek Hi Khwab’ Dharmendra (singer:Bhupinder) is a poet pulling words out of thin air to make a love song of the best kind, one that’s deeply personal.