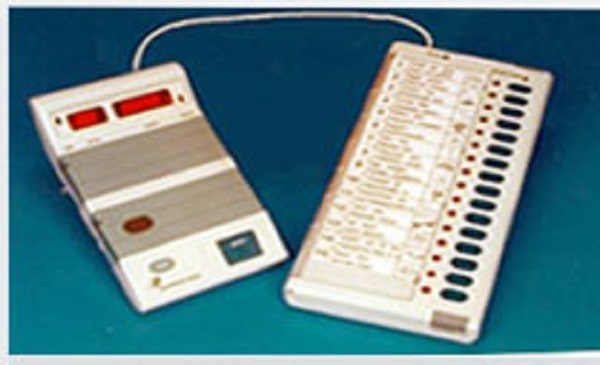 The Union Cabinet approved the Election Commission’s proposal to procure Voter Verified Paper Audit Trail or VVPAT machines for the forthcoming elections in the country. This is following the Supreme Court’s directive to EC to provide a timeframe of implementation of paper trail for every vote cast to ensure the credibility of the election process. EC is hoping to introduce these machines in time for the 2019 General Elections.

The decision by the Union Cabinet has come as the opposition parties were not satisfied with the EVMs because they felt that the EVMs were prone to malfunction and possible sabotage.

So let's find out what are VVPATs and how does it help in preventing any possible chances of sabotage during elections.

Voter Verified Paper Audit Trail is a machine which prints out the vote so that the voter can verify if the vote has gone to the candidate he intended to give.

How does a VVPAT machine function?

As soon as the voter has cast his vote and presses the button on the EVM, a paper slip is printed through the VVPAT machine. The result will be visible to the voter for 7 seconds during which he can confirm but he cannot take the paper slip home.

After 7 seconds, the paper slip will be dropped in the dropbox of the VVPAT machine after which a beep will be heard. These machines are only accessible by the polling officers.

The paper ballot which is printed and dropped in the drop box of the VVPAT machine comes out with a serial number, the name of the candidate and the party symbol.

Will VVPATs help in improving credibility of EVMs?

The Election commission expects all doubts to be cleared as the VVPATs ensure 100 per cent transparency in elections. It is an independent system through which a voter can verify his vote on his own which will also help in identifying any fraud. But questions still remain on how the EC will address voter complaints in the case of a default at the booth level considering the stiff deadlines that election officers function on an election day.

What is the total cost of procuring VVPATs?

The Union Cabinet has agreed for the purchase of more than 16 lakh VVPAT machines at a cost of Rs 3174 crores. This expenditure will be split over the two financial years 2017-18 and 2018-19. All EVM machines will have VVPAT units for the next general elections and will be delivered by September 2018. The govt approval came after several reminders by the EC with the Chief Election Commissioner Naseem Zaidi writing to the Law minister seeking urgent release of funds to ensure the deadline for 2019 elections are met.

Are the opposition parties happy?

While no party has openly objected to the usage of VVPATs, the Congress has expressed doubts on the EC’s ability to procure and ensure their implementation before the 2019 polls. "We need at least 16 lakh Paper Trail machines before the 2019 elections. Whether the government will be able to fulfill the target or not is a crucial question. It's a much wider issue and for the purity of election process it is essential. If the EVMs are not functionally accurate then they cannot be used," Congress leader K.C. Mittal told ANI, reports the DNA.

The Bahujan Samaj Party and the AAP were the two parties who first came out against the EVMs post their electoral losses in the recent assembly elections held in UP, Punjab and Goa. 16 parties have written to the EC asking them to revert to paper ballots till the VVPATs are attached to the EVMs. Gujarat and Himachal Pradesh go to polls later this year. EC is expected to introduce over 84,000 EVMs with paper trails in both these states.