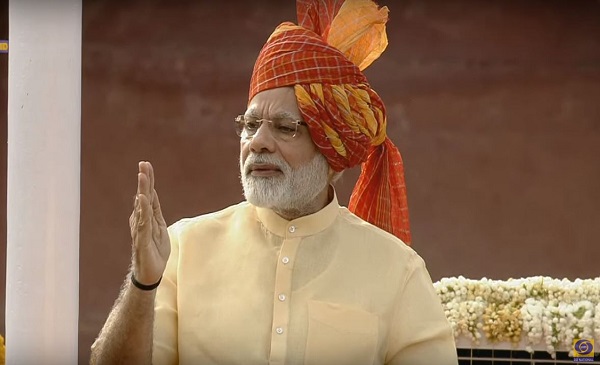 Prime Minister Narendra Modi in one of his strongest pitch against black money post the implementation of demonetisation said that around Rs 3 lakh crore has come back into the banking system. In his Independence Day Speech from the ramparts of the Red Fort, Modi also said that Rs 1.25 lakh cr of black money has been caught and forced to surrender after the formation of Special Investigation Team in 2014.

Earlier in his speech, Modi also pointed out that benami properties worth Rs 800 cr have been seized as part of the government's black money drive ever since they were voted to power.

2) New black money is also being stopped. In the period between April 1 to August 5, 2017, the number of those who filed income tax this year was 56 lakh versus 22 lakh in the same period last year.

3) 18 lakh persons have been identified who were not known to the system earlier.

4) 1 lakh such persons have been discovered who have never heard about income tax or dealt with the Income Tax department.