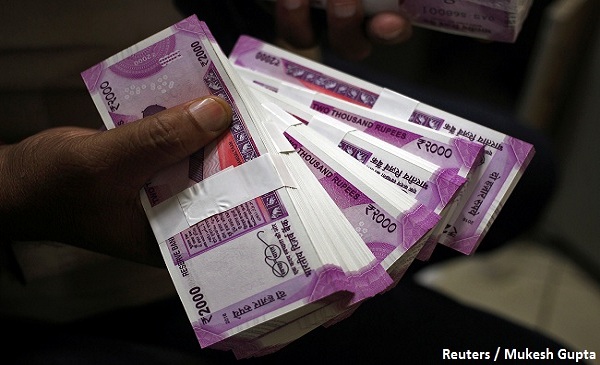 A cashier displays the new 2000 Indian rupee banknotes inside a bank in Jammu. REUTERS

There are no more free lunches. And in the era of moving to a cashless or less cash society, brace yourself for more charges if you decide to transact at bank branches in cash. Some banks, including HDFC Bank, have begun charging a minimum amount of Rs 150 per transaction for cash deposits and withdrawals beyond four free transactions in a month.

The new charges would apply to savings as well as salary accounts effective from today, leading private sector player HDFC Bank said in a circular.

The country's largest bank, State Bank of India are yet to announce any charges. No changes have been announced by the banks for ATM transactions after it was paused during demonetisation.

Here is all you need to know about various charges at some of the major banks.

1) 4 free cash transactions per month will be allowed. 5th transaction onwards a charge of Rs 150 per transaction (plus taxes & cess) would be levied. The new charges would apply to savings and salary accounts.

2) For transactions at the home branch, no charges for withdrawls or deposits up to Rs 2 lakh. Beyond this limit, they will be charged at the rate of Rs 5 per Rs 1,000, or minimum of Rs 150.

4) For third-party cash transactions, a charge of Rs 150 up to a limit of Rs 25,000 per day. Above Rs 25,000 transaction not allowed. For Senior Citizen customers, Kids/Minor Accounts, while the limit of Rs.25000/- per day will be applicable , the accounts will not be charged.

1) Nil for the first 4 transactions in a month in home city; thereafter Rs 5 per thousand rupees or part thereof, subject to a minimum of Rs 150 in the same month. The third party limit has been set at Rs 50,000 per day.

2) For non-home branches, no charge for the first cash withdrawal of a calendar month. Thereafter in the month, Rs 5 per thousand rupees or part thereof, subject to a minimum of Rs 150. The third party limit has been set at Rs 15,000 per day.

2) For non-home branch transactions, up to five transactions will be free, subject to a maximum per-day deposit of Rs 50,000. For larger deposits or the sixth transaction, bank would charge Rs 2.50 per Rs 1,000, or Rs 95 per transaction, whichever is higher.