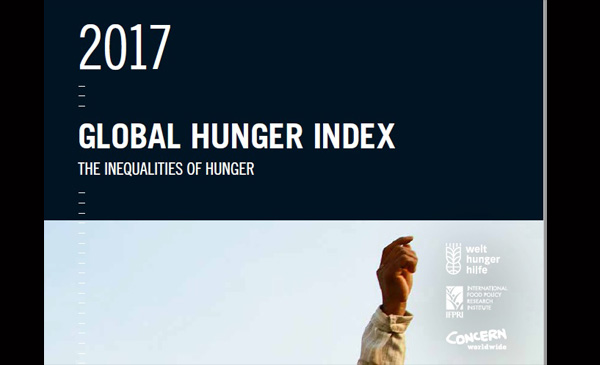 Several Indian media outlets had misreported the GHI report published earlier that week by comparing India's 2017 ranking (100) with its 2014 ranking (55) without looking at the base numbers.

This was exacerbated on social media by many including politicians such as Congress Vice President Rahul Gandhi who were quick to latch on to the erroneous news articles. 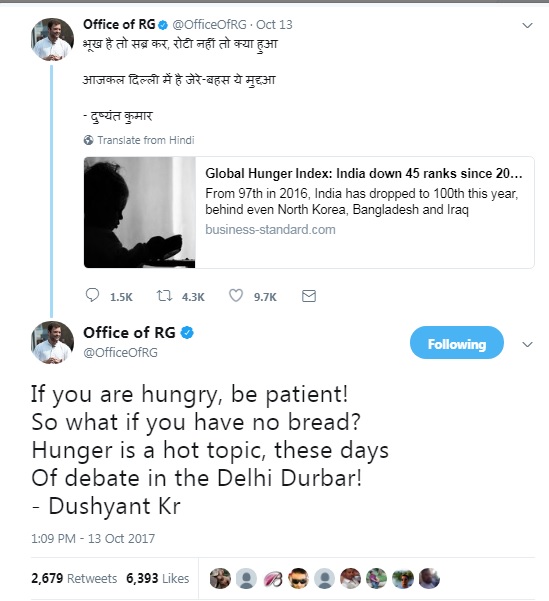 However, the International Food Policy Research Institute (IFPRI) clarified that it always discourages year-on-year comparison of a country's scores and that rankings are based on current and historical data which are constantly being updated by United Nations agencies that compile them. (Click here to read IFPRI's statement)

"Concluding from this comparison that India slipped 45 places in the GHI ranking is not only erroneous but also a gross misrepresentation of facts." - IFPRI said

BOOM breaks down how India’s GHI numbers were misreported and what the ranking speaks about India’s efforts in alleviating hunger.

What is the Global Hunger Index?

GHI is a tool to track long term progress made by countries in reducing hunger. The report detailing the rankings is published annually by the International Food Policy Research Institute (IFPRI), Concern Worldwide and Welthungerhilfe.

GHI defines ‘hunger’ as the deficiency of calories as well as micronutrients. GHI scores are at a 100 point scale with 0 being the best score and 100 the worst.

In 2017, India ranked 100 out of 119 countries with a score of 31.9. India’s score falls in the ‘serious’ category. The report states ‘India has consistently fallen into the upper half of the "serious” hunger levels category in the past few years.’

How did India fare over the years? 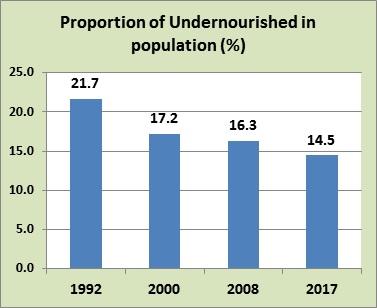 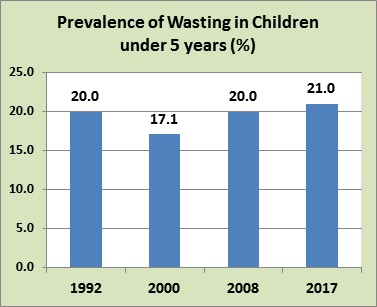 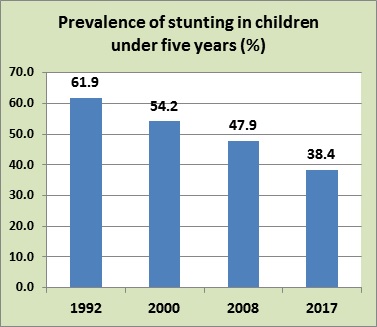 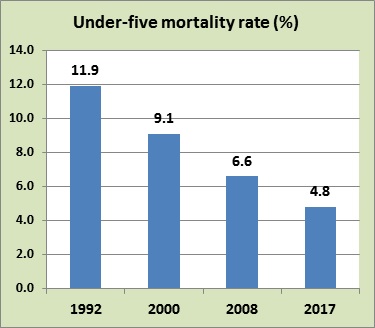 India’s performance has been the worst in the indicator ‘wasting’. The GHI 2017 report shows that 21% or 1/5th of of Indian children (0-5) suffer from wasting and only three countries – Djibouti, Sri Lanka and South Sudan show prevalence of wasting above 20%. Child wasting measures share of children with low weight against their height, The report states that, ‘India’s child wasting rate has not substantially improved over the past 25 years.

Though prevalence of stunting among children is quite high at 38.4%, it has drastically reduced over time.

IFPRI said that countries should look carefully at their performance on the indicators that lie behind the GHI score. It also suggests that to improve its performance India needs to accelerate the progress made in larger states.