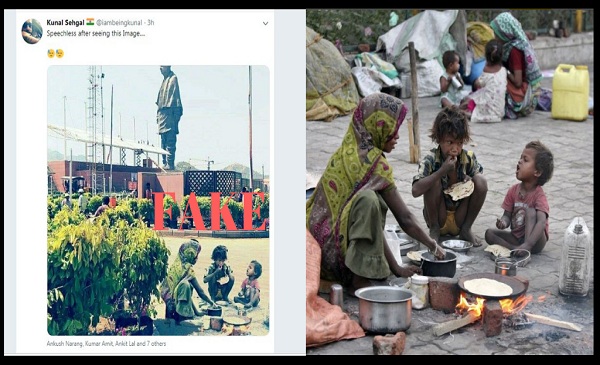 A photograph purporting to highlight the disparity against the backdrop of Sardar Vallabhbhai Patel's 'Statue of Unity', is photoshopped.

The photo which contrasts the 182-metre tall statue against an image of a woman and her two children having a meal on a footpath, was tweeted with the caption, "Speechless after seeing this Image.... "

Speechless after seeing this Image....

However, the photo of the woman and two children has been photoshopped and added to the image. The original picture shot by Reuters photographer Amit Dave was taken in Ahmedabad on February 26, 2010. Click here to view the original image by Reuters. 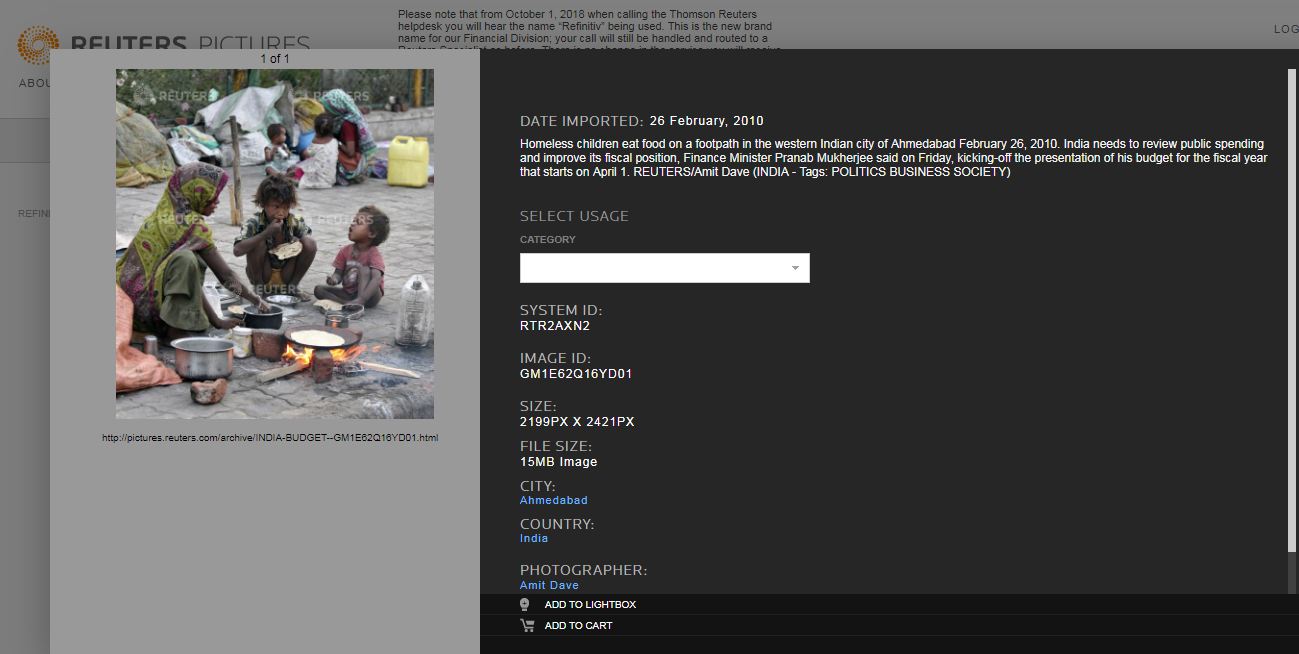 The world’s tallest statue, Sardar Patel’s statue dubbed the Statue of Unity, will be inaugurated by Prime Minister Narendra Modi on Patel’s birth anniversary on October 31st. Infrastructure company Larsen & Toubro has constructed the statue at a cost of Rs 2,989 crores. (Read more about it here)

Claim :   Image Of A Woman And Her Two Children Having A Meal Near Sardar Vallabhbhai Patel’s ‘Statue of Unity’
Claimed By :  Twitter User
Fact Check :  FALSE
fake news featured Photoshop Sardar Vallabh Patel statue Statue of Unity
If you value our work, we have an ask: Our journalists work with TruthSeekers like you to publish fact-checks, explainers, ground reports and media literacy content. Much of this work involves using investigative methods and forensic tools. Our work is resource-intensive, and we rely on our readers to fund our work. Support us so we can continue our work of decluttering the information landscape. BECOME A MEMBER
📧 Subscribe to our newsletter here. 📣You can also follow us on Twitter, Facebook, Instagram, Youtube, Linkedin and Google News 📝Stay updated with all our latest fact check stories.