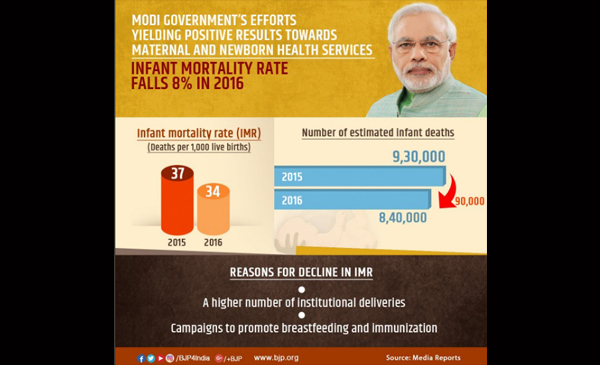 India's infant mortality rate (IMR) recorded an 8% decline in 2016, its sharpest fall since 2010, government data released last month showed. The government attributed the fall to a higher number of institutional deliveries and campaigns to promote breastfeeding and immunization.

In this fact file we analyse where India has succeeded and where it needs to do more to save its infants.

The infant mortality rate or number of deaths per 1000 live births before a child reaches the age of one, fell to 34 in 2016 from 37 in 2015, according to sample registration survey. Since IMR tracks infant deaths, the lower the IMR the better.

Though IMR has been decreasing consistently, an 8% decline in 2016 is the steepest fall recorded since 2010. Madhya Pradesh has the worst IMR while Goa has the best 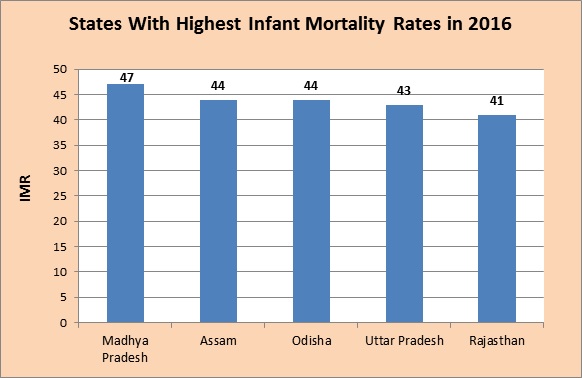 10 out of 36 states and union territories in India have IMR above the national average of 34 in 2016. The rural–urban divide in IMR has decreased, but slowly

Despite the declining trend in IMR, the urban–rural divide still exists. In 2016, 38 infants died per 1000 live births in rural India against 23 in urban India. 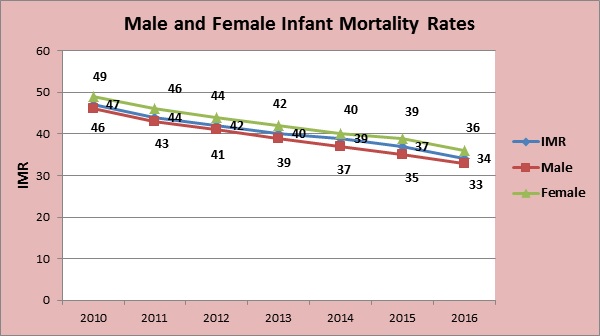 India’s IMR is worst among BRICS

India fares poorly with a high IMR of 37 when compared to other BRICS nations, as per 2015 data from the World Bank. 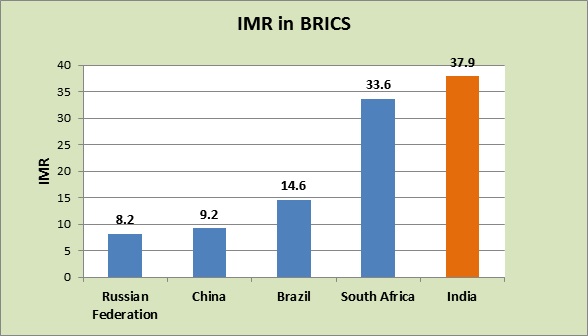 India stands 6th in IMR when compared to SAARC (South Asian Association for Regional Cooperation) countries as shown below. 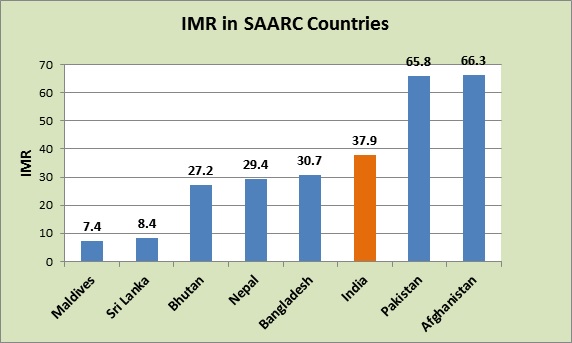 India missed its Millennium Development Goal (MDG) of achieving an IMR of 29 by 2015.