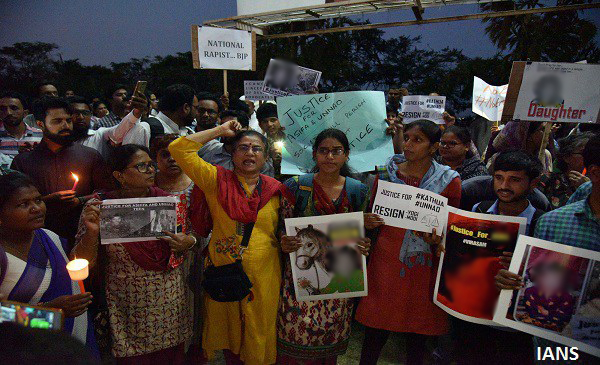 The Kathua and Unnao rapes have once again brought into focus the safety of women, particularly children, in the country. Both Jammu's Kathua, where an 8-year old was allegedly gang-raped and murdered, and Uttar Pradesh's Unnao, where according to media reports the victim was below 18 years of age when the alleged rape happened, call for a look at how safe are Indian children from sexual violence.

Source: Crime In India 2012-16, NCRB, Note: NCRB does not have combined data for male and female victims as Indian rape laws only address rape of minor males and not adult males.

Sexual violence against children are reported under Protection of Children from Sexual Offences Act (POCSO) which was enacted in 2012. Before the introduction of POCSO, child sexual abuse was addressed under IPC such as sections 375 & 376 for rape and section 377 when the child is a boy.

The Act was brought into place to address the increasing cases of sexual abuse and exploitation of children and also to make sure that the law operates in a child friendly manner. It covers crimes such as child rape, sexual assault and harassment and using children for pornography. The act is gender neutral and mandates reporting of sexual violence of all forms – touch and non-touch behaviour. It is important to note that, the Act uses the term 'sexual assault' instead of 'rape'. 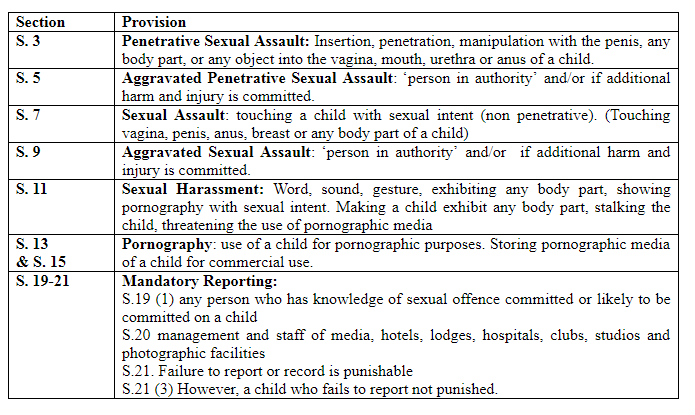 Despite POCSO being enacted in 2012, police continued using IPC sections to register child rapes. This changed only post January 2013, when anti-rape laws became stringent in the aftermath of the horrific 2012 Nirbhaya gang rape and murder case in Delhi. NCRB started collecting crimes under POCSO separately only from 2014.

On an average, around 100 crimes were reported in a day under POCSO Act in 2016. The total incidence of crimes reported under POCSO stood at 36,022.

Of the total POCSO crimes reported, 55% (19,765) or more than half were child rapes / penetrative sexual assault . Around 34% (12226) were sexual assault, 3% (934) – sexual harassment and the rest were using children for pornography and other crimes.

The increase in number of rapes could also be due to the change in the definition of rape and the introduction of POCSO.

Post the occurrence of Delhi rape case in 2012, the definition of rape has been widened under Justice Verma Committee to include more sexual violations ‘beyond the conventional peno-vaginal penetration to include crimes which did not amount to rape under the IPC'. Penetrative sexual assault / Rape now refers to ‘Insertion, penetration, manipulation with the penis, any body part, or any object into the vagina, mouth, urethra or anus of a child / woman’.

Under POCSO, rape of male children are also being reported.

However, crime rate which is a better measure of the prevalence of crime shows that Sikkim leads with a crime rate (of child rapes) of 32.5 followed by Mizoram (26.7) and Delhi (14.5). The following graph has not included union territories other than Delhi. The national average crime rate for child rapes stands at 4.4.

Less than 30% conviction in court

In the cases of total crimes under POCSO, 4.8 lakh and 10 lakh cases were on the tables for the police to investigate and court to conduct trials, respectively. The charge sheeting rate stands at 94.2% and conviction rate at 29.6%. And, 31.8% of the cases are pending with police and 89% at the courts.

The national average for conviction rates of all IPC crimes stands at 46.8%, above that of POCSO cases, while pendency rate are lower at 87.4%.