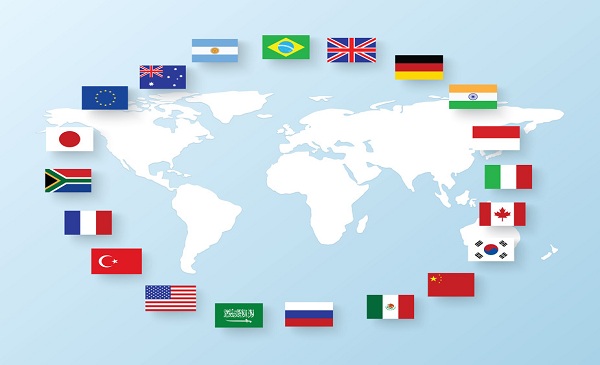 Surprisingly there is one issue on which US President Donald Trump and his many progressive critics around the world could find common ground. While their reasons will differ, they all question whether the current arrangements for global economic governance remain fit for purpose.

They contend that entities like the G20 and the International Monetary Fund (IMF) only start paying close attention to developing world problems when they begin to have an impact on the interests of the rich and powerful. In addition, they maintain that most governments, and almost all non-governmental stakeholders, are not able to participate effectively in the global economic governance policy making process.

But recently it hasn’t been very effective and seems merely to be marking time, waiting for the next crisis. The combination of the G20’s limited recent achievements, the complexity of its process and its inadequate participatory nature leads one ineluctably to ask if the benefits of the G20 process are worth the cost. To answer this question, we need to first consider why the G20 was created and how it functions.

The G20 refers to a process involving 19 states – 9 advanced economies and 10 of the largest emerging markets and developing countries – plus the EU.

The G20 was a product of the 1990s Asian financial crisis when the US realised that the more exclusive G7 was no longer capable of managing a global crisis on its own. Consequently, it invited the finance ministers and central bank governors of a group of 20 countries, as well as the leaders of key international economic organizations such as the IMF and World Bank, to join them in developing a response to the crisis.

This grouping continued to meet on an annual basis until the 2008 global financial crisis when the leaders decided to elevate the G20 to a summit of heads of state and government.

The G20 is best understood as a year-long process consisting of two tracks leading to a leaders’ summit. The Finance Ministers and Central Bank Governors’ track deals with issues like fiscal and monetary policy, financial regulation, investment in infrastructure and tax issues.

Then there is the Sherpa track, in which each state is represented by a senior official, known as the “sherpa”, who guides the leader to the summit. It deals with the more political issues like global health, gender equity and climate change.

The final outcome of this process is a communique issued at the end of the summit that summarizes the leaders’ views on key issues and their joint policy responses thereto.

The G20 process is resource intensive. The preparatory work for this year’s leaders’ summit will involve over 60 meetings with some additional post-summit meetings. These gatherings involve cabinet ministers, their deputies and technical staff. There are also meetings of representatives of non-state actors such as business, labour, think tanks, youth, and civil society groupings in the 20 countries.

There are two consequences which follow from having a leaders’ summit at the apex of this process. First, the G20 leaders are not a stable group. For example, ten of the participants in the 2016 summit have already lost or will lose power by the July 2017 summit in Germany.

Second, despite all the hard work that goes into the summit preparation, it’s actual focus is likely to be determined by whatever issue happens to be capturing the leaders’ attention at the time. This suggests that the G20 works well when all the leaders are focused on resolving the same crisis.

For example, the leaders responded effectively during the acute phase of the global financial crisis. Their actions helped prevent a global depression and they created a new organisation – the Financial Stability Board – to help correct deficiencies in international financial regulatory standards.

But once the acute phase of the financial crisis was over the differences in policy perspectives of the key participating countries reasserted themselves. As a result reaching agreement among the G20 countries has become more difficult.

This has been further exacerbated by the resurgence of sovereignty among G20 countries. Until recently the world seemed slowly to be creating an international community. States were seemed to be bound together by certain shared values and governance arrangements that limited their sovereignty.

This progression could be seen in the willingness of states to say they would comply with internationally determined standards of conduct and responsibility. They also were willing to work together on resolving common problems and to provide assistance to each other. This was despite the constraints that these collaborative efforts imposed on their sovereignty.

But since the global financial crisis key states have been aggressively reasserting their sovereign rights and national prerogatives. The key powers are increasingly warding off outside interference and are seeking to re-impose their views on the world.

One manifestation of this is that the G7 have been reasserting their governance prerogatives in organisations like the World Bank and the IMF and their control over the agenda at key international meetings. This is despite claims that the G20 is the premier forum for international economic cooperation.

Perhaps the easiest way to answer this question is to imagine what would happen if there was no G20 and we experienced a new global financial crisis. In short, we would need to reinvent a mechanism like it to deal with the crisis. This suggests that the G20 is a necessary evil that we must tolerate, at least until the international community agrees to create more inclusive and effective global governance arrangements.

Given this reality, the developing world should look for ways to extract some value from the G20. It should identify some modest goals for improving global governance that the G20 could realistically achieve. These include demanding that the G20 push international organisations that participate in the G20 process, within the existing limits of their mandates, to become more transparent, participatory and accountable and that they work to represent all their member states, in their engagements with the G20.

The G20 should also use benchmarks like the Sustainable Development Goals for assessing the efficacy of its proposals, for example regarding financial regulation and the promotion of sustainable infrastructure.