Did the government surreptitiously block access to Internet Archive? Did the Bharatiya Janata Party get voted as the fourth most corrupt party in the world in a survey conducted by CNN? We bring you a roundup of what did not actually take place this week. 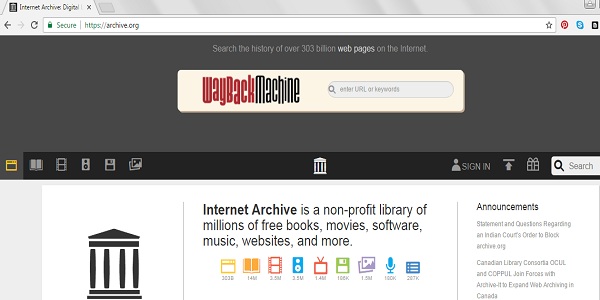 FACT: Based on an order from the Madras High Court, India's Department of Telecom reportedly asked ISPs to block online archive 'Internet Archive' or archive.org to prevent piracy of two recently released films “Lipstick under My Burkha” and “Jab Harry Met Sejal.”

However, the ban is yet to be enforced by all internet service providers. BOOM was able to access archive.org at the time of writing this article.

BACKGROUND: On August 8, several news outlets reported that the government had blocked access to Internet Archive in what they called "an inexplicable move of internet censorship".

It was BBC who first reported DoT's move was based on a high court order to clamp down on online piracy of the two movies. The order listed 2,650 websites, mostly file-sharing services but also included Internet Archive. 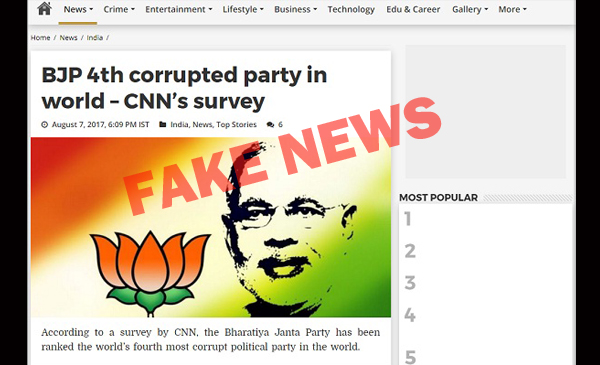 CLAIM: BJP voted 4th most corrupt party in the world in a survey done by CNN

FACT: No such survey was conducted. The story has been made up by a fake news site BBC News Point. Read BOOM's fact check here.

BACKGROUND: On August 7, Hyderabad based Urdu newspaper The Siasat Daily ran a fake story on its website about the Bharatiya Janata Party (BJP) being voted the fourth most corrupt party in the world in a survey allegedly conducted by CNN. The news outlet deleted its story after being called out by BOOM on Twitter. (To know more read BOOM's fact check here.)

FACT: A spokesman for Reliance Jio told BOOM that Isha Ambani is not on Twitter.

BACKGROUND: On August 10, The Economic Times carried the story quoting Isha Ambani’s tweet but soon deleted the story and published a correction following denial of any such offer by Reliance Jio. Interestingly, the Twitter handle @TheIshaAmbani has been in existence since September 2014 and tweets family pictures of the Ambanis from time to time. Read BOOM's story here - Mystery Looms Over JioFiber Tweet From ‘Fake Isha Ambani’ Account 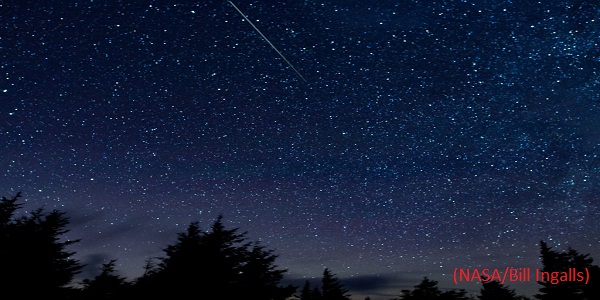 CLAIM: No night on August 12 because of the Perseid meteor shower. Even NASA has confirmed it

FACT: The Perseid meteor shower will indeed peak on August 12 but it will not be as bright as day. NASA debunked the hoax in a blog

BACKGROUND: A viral WhatsApp message claims there will be no night on August 12 because of the Perseid meteor shower.

The Perseid meteor shower occurs when the earth passes through the trail of dust and debris left behind by the comet Swift–Tuttle, every August. That's right, every August!

Even though August 12 will not be the greatest meteor shower of all time it is still expected to be a visual treat for stargazers. To know more read our fact check here - No Night On August 12, Say WhatsApp Forwards: Separating Space News From Junk News