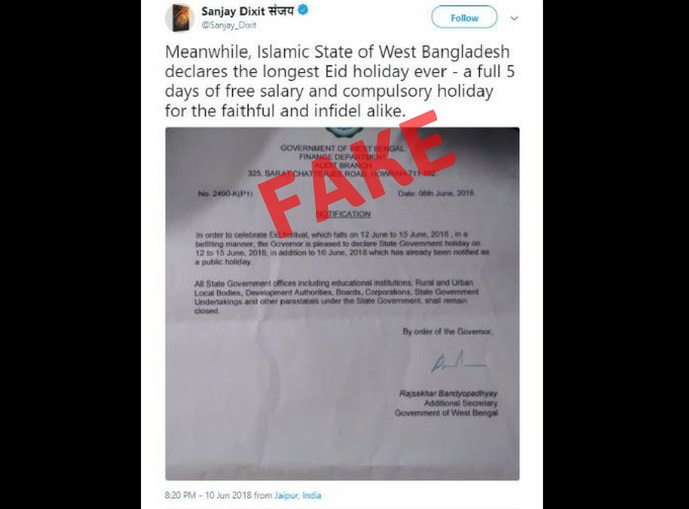 A letter by the Finance Department of the Government of West Bengal saying that the Governor has declared a holiday from the 12th to the 15th of June, 2018 in order to celebrate Eid has been called out as fake by the Kolkata Police. The letter further mentions that all State Government Offices including educational institutions shall also remain closed. 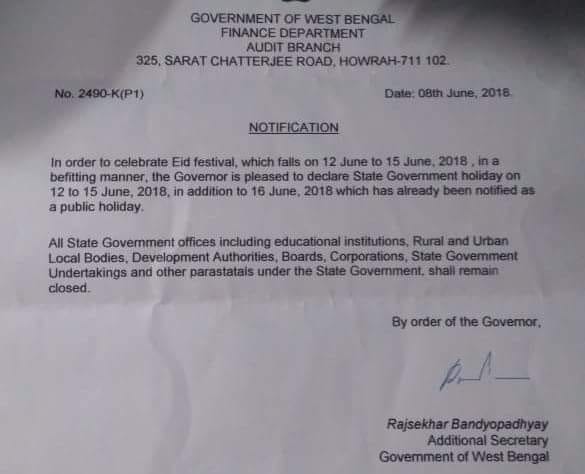 Interestingly, while the Kolkata police busted the fake letter on Sunday morning, a serving IAS officer from Rajasthan Sanjay Dixit took to twitter to share the image and added his own commentary to it. Calling the state "Islamic State of West Bangladesh", he also said its "the longest Eid holiday ever - a full 5 days of free salary and compulsory holiday for the faithful and infidel alike."

But later on finding that the state police had threatened action, Dixit deleted the tweet and issued a clarification. His original tweet has been archived and can be accessed here. 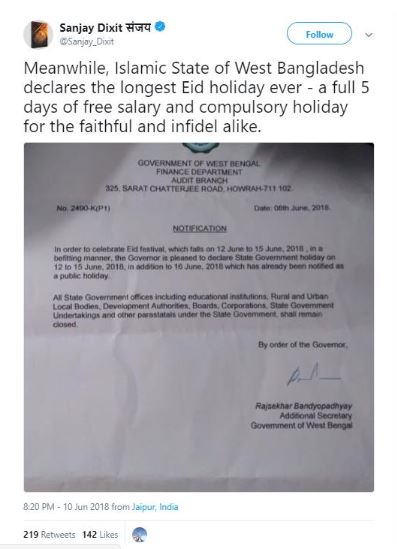 West Bengal is the place to be if you want to have holidays. The state government has given 4 days vacation to all on the occasion of Eid. 😄😄😄

Earlier on Sunday morning, taking swift action Kolkata Police shared the image of the notice on its Twitter handle, warning that the masterminds will be dealt strictly as per law.

A fake notification is doing the rounds in social media about Eid Holidays. It is false. Those who have masterminded this will be strictly dealt with as per law. pic.twitter.com/y5rRAa7QDP

A PTI report mentioned that the Kolkata Police has begun the investigation into the fake notification issued in the name of the West Bengal government on holidays for the Eid doing rounds on social networking sites.