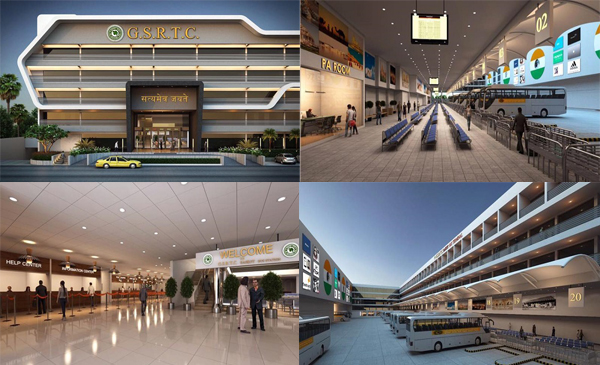 The above pictures of a yet-to-be constructed interstate bus terminal in Rajkot, Gujarat have gone viral on social media with many confusing an artist's impression of what the bus stand would look like, with the real thing.

BOOM contacted an official at GSRTC (Gujarat State Road Transport Corporation) who confirmed that the pictures were prototype images. The new bus stand will be constructed in place of the old one, which is yet to be demolished, deputy engineer Akshay Mehta told BOOM.

The project is expected to begin in one-and-a-half month's time, Mehta said.

Furthermore, Gujarat Chief Minister Vijay Rupani laid the foundation stone of the new terminal, which is being built at a cost of Rs. 150 crore, on April 8th, 2017. (Click here to view the press release)

An official press release says the terminal will have facilities similar to an airport such as a food zone and shopping mall etc. The buses will ply on long routes such as Rajkot-Mumbai, Ahmedabad-Pune, Surat-Jaipur via Ahmedabad

BOOM thinks the message may have been culled from a news article from April 8, 2017, the day the foundation stone was laid. However, it is important to note that the news story made it clear upfront that the pictures were an artist's impression. 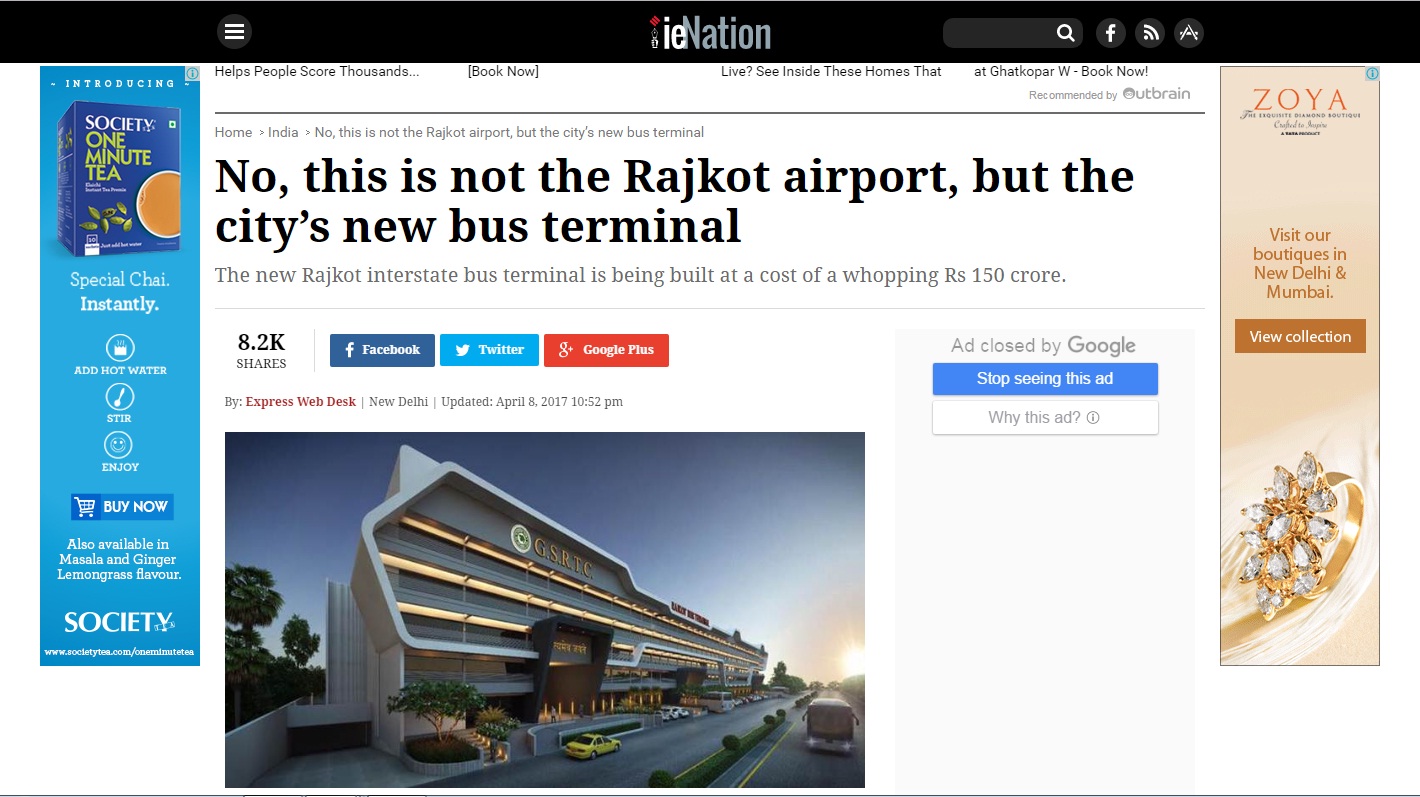 (Screenshot of the Indian Express article)

Twitter users including prominent public figures such as businessman Harsh Goenka and Minister of State, Heavy Industries and Public Enterprises, Babul Supriyo shared the prototype images on the micro-blogging site thinking it was the actual bus stand.

Nearly all who shared it were impressed, tweeting that it was not an airport in New York or London but a bus stand in Rajkot.

Its not airport. Its not in London or Newyork

This is not the new airport, it's the new bus stand, Rajkot. #IncredibleIndia pic.twitter.com/5ZzWgk2XAY

This is not an Airport•It's not in London or New York either•It's the New Bus Stand inaugrated in Rajkot, Gujarat 👏👏 pic.twitter.com/uSrLo9PfJ1

When Twitter users pointed out that the bus stand was yet to be built, Supriyo, who belongs to the BJP, tweeted that he came across the picture when his school friend shared it.