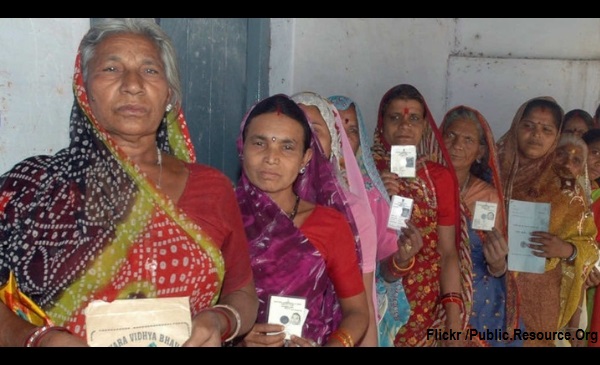 Mumbai: The Indian National Congress (Congress) is set to emerge as the single largest party in two states ruled by the Bharatiya Janata Party (BJP)--Chhattisgarh and Rajasthan--while Madhya Pradesh remains a close call, as of 18.30 hours on counting day, December 11, 2018.

In Congress-ruled Mizoram, the Mizo National Front looks set to win the largest number of seats.

The Congress’ victory could be decisive in Chhattisgarh, where it was leading in 66 seats, surpassing the 46-seat majority mark by 20 seats as of 18:30 hours. This is the first time the Congress could assume power in Chhattisgarh since the state was formed in 2000 and its first elections held in 2003.

However, three-term chief minister Raman Singh, in power for 15 years (2003-2018), was leading in his Rajnandgaon constituency.

Agrarian crisis and a failure to settle land and forest claims have caused discontent among the state’s tribal population--representing 31% of its population, more than in any other large Indian state--IndiaSpend had reported in November 2018.

In Rajasthan, the Congress said it was “confident” it would attain a majority and end the BJP’s two-term rule since 2008. The party needed to secure 3 additional seats to surpass the 101 majority mark as of 18:30 hours.

Potential voters had expressed disenchantment with the BJP government’s failure to generate jobs and improve public services in our report from the ground in the run-up to the election. Although the state recorded a 7.2% GDP growth rate in 2017-18, higher than the 6.2% national average, its unemployment rate increased from 1.7% to 7.1% between 2011-12 and 2015-16 and both maternal and infant mortality rates remained high, IndiaSpend reported on December 5, 2018.

Incumbent chief minister Vasundhara Raje was considered highly unpopular, but she was leading from her constituency Jhalrapatan against the Congress’ Manvendra Singh. Congress veteran Ashok Gehlot and the much younger Sachin Pilot are both in the running for the Chief Minister’s chair.

The Congress and the BJP were locked in a close contest in Madhya Pradesh, with the Congress leading in 113 and the BJP in 109--both short of the 116-seat majority mark. The BJP’s seat share is set to reduce substantially from the 165 seats it had won in 2013.

Despite recording India’s best agricultural growth over eight years and improving its infrastructure, Madhya Pradesh had been beset by widespread farm unrest, low incomes and poor health indicators, as we reported in our pre-election coverage. Madhya Pradesh recorded the third-highest number of farmer suicides (1,321) after Maharashtra (3,661) and Karnataka (2,079), IndiaSpend reported in November 2018.

The Congress failed to retain power in Mizoram, its stronghold in the northeast of the country, with the Mizoram National Front (MNF) winning in 26 seats; it had won two in 2013. Chief minister Lal Thanwala, in power since 2008, lost both the seats he had contested (Champhai South to a Mizoram National Front contender and Serchhip to an independant).

Independent candidates in Mizoram won in eight seats, representing 22.9% of vote share, as of 18:30 hours.

Telangana will remain under Telangana Rashtra Samithi rule, which led in 87 of the 119 seats, comfortably surpassing the 60 required to attain majority. Chief minister K. Chandrashekar Rao, who has been in power since the state’s formation in 2014, is set to return for a second term.

This article was first published on IndiaSpend.com. The story has been edited to include updated election results.
Assembly election Chattisgarh election Madhya Pradesh Mizoram Rajasthan Telangana